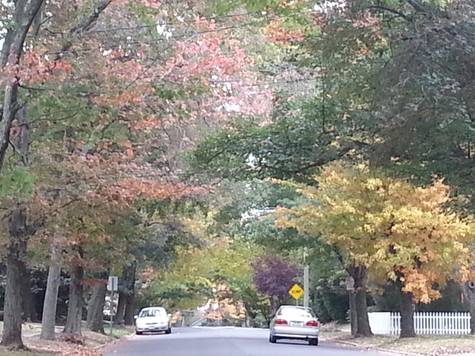 We, the undersigned residents of Lenox Avenue and the greater Glenbrook Community, continue stand behind our petition submitted in 2013 petition and REMAIN united in agreement that the decision of the City of Stamford (specifically the Tree Wardens left in charge of the decision, influenced by Eversource) to completely eliminate the trees on one side of the street is a completely unwarranted action.

Residents of Lenox Avenue and other streets in Glenbrook have requested that the City Arborist respond and trim trees back on multiple occasions for many years, only to be answered with a calling card from the arborist and/or the utility stating there was no need.

These trees are important to the community of Glenbrook and the residents of Lenox as they:

On September 5th, 2013 the City posted notices of removal of trees from Lenox Avenue, in accordance with City Ordinance No. 814 Article 1B. The action would remove 16 trees from the tree-lined street of Lenox Avenue. On September 30th, 2013 the residents filed a petition with the City of Stamford to stop these trees from being excessively trimmed and/or removed. Since then, in June of 2015, an agreement was finally met during a street meeting on the corner of Lenox and Midland, where Tree Warden, Phil D’Amico and City Arborist/Deputy Tree Warden Ron Markey promised the residents that if the residents did not want Eversource to touch these trees, they would not be touched. Now, buckling under the pressure and influence of a major utility, they once again seek to drive excessive trimming and removal of the trees. They lied to the residents.

These trees have survived several Hundred Year Storms. There has not been a branch or tree that has fallen and taken down a line or disrupted service on this street in the last 20 years (and in two years Eversource has not been able to provide documentation to counter this point). In our opinion, there is no reason why the City cannot work with Eversource to establish less invasive trimming program for these trees that do not need to be destroyed, versus enacting the irresponsible “Excessive Trimming/Removal" practices that would bring about the intentional deforestation of Lenox Avenue, and the future destruction of other streets in the Glenbrook community.

We believe that Eversource is continuing to exercise unjust influence on the City Tree Wardens, who are now neglecting the community of residents, tax-payers and voters that they should be committed to serve in favor of the demands of the utility.

We call upon the City of Stamford to immediately reverse their decision to allow Eversource to remove or excessively trim/destroy these trees, and to work with residents to establish a course of action conducive to maintaining these majestic trees over the long term. We request that NO work be initiated until the residents agree to a formal plan, and the City steps up on commitments they claimed they would make in the last two years to work to a stronger outcome.

Furthermore, we are greatly disappointed in the Tree Wardens of Stamford, who have NOT done their job over the last 20 years to care for these trees and avoid this problem, and who LIED to the residents in June of last year, and who hold the interests of the Utility as more important than the Citizen and Neighborhoods of Stamford. We request the City initiate steps for the immediate dismissal of our current Tree Wardens, in favor of individuals that will put the quality of life of the community before the interests of big utility.