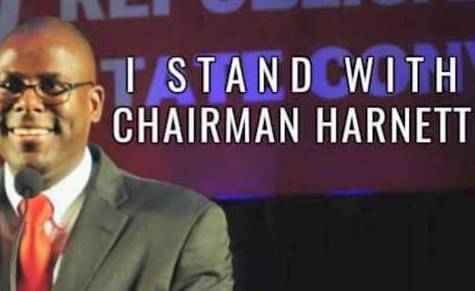 The Central Committee is NOT the voice of the North Carolina Republican Party, the Voters are. In 2015 we elected the first African American Chairman to represent our state as we moved closer to an absolutely crucial election cycle. 9 months in to our Duly elected leader's term: and the Central Committee in typical backroom secret fashion, has managed to CENSURE Harnett, leaving us with NO LEADERSHIP in the party. The Chairman is also locked out of his email accounts and prohibited from acting in his role as state party leader. We will not stand for the establishment stronghold any longer. And we can not afford to wait until November and we LOSE NC to take action. The Executive Committee will be voting to validate the ousting of our Chairman, or will vote to allow him to keep his position. SEND A MESSAGE LOUD AND CLEAR TO THE EXECUTIVE COMMITTEE THAT IF THEY CONTINUE THIS STRONGHOLD, YOU WILL NOT PLAY ALONG. We will REFUSE to support the Republican party if our Chair is fired.