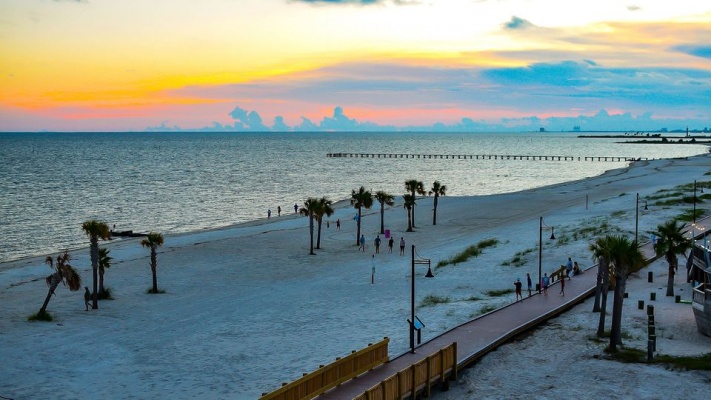 Save our Neighborhoods - Protect our Health, Welfare and Safety!

Arbor Sites, an out of state businessman, is attempting to develop a subdivision at the site of the former Great Southern Golf Course property on Highway 90 in Gulfport Mississippi. The developer plans 177 lots of varying sizes but the majority are small lots compared to the surrounding neighborhoods.

The “Negative Impacts” caused by Arbor Sites LLC’s general plan will cause an inefficient and unsafe traffic flow in and around Anniston Elementary School and Beach Drive, encroach on neighborhoods that were not designed for additional 765,000 vehicles annually, dump contaminated water directly into the Mississippi Sound that will harm the health of the swimmers and fish, expose dangerous chemical to the community, increase property taxes, decrease property values, damage historic trees, threaten the endangered Least Tern’s and Kemps Ridley Sea Turtles and destroy the character of the surrounding neighborhoods.

We insist the Gulfport City Council remand Arbor’s plan to Planning & Zoning for further planning and coordination and a re-hearing based on the major issues identified below; and in the event that the proposed FINAL plat is identical or does not include remediation of the issues identified below, for the Planning & Zoning Commission and the City Council to REJECT approval of the FINAL plat based on:

(1) Excessive Density and the failure to conform with the character of existing neighborhoods and the disproportionality of new buildings to their surrounding buildings;

(2) Traffic Congestion due to: a) Excessive Density and inefficient and unsafe infrastructure to accommodate the traffic caused by construction vehicles and an additional 354 or more vehicles b) Failure to provide 2 right of way egresses onto the already dangerously narrow Beach Drive; c) Traffic Light Time at 3-Way Hwy 90 / DeBuys Road / Beach Drive is too short; d) Failure to demonstrate compliance with International Fire Code and failure to address Land Covenant locked Emergency Use Only egress at the NE Corner of Southern Circle Drive; e) Dangerous Merger on West End of Beach Drive; f) Exacerbated and dangerous traffic lines at pick-up and drop-off times on Anniston Road for Anniston Elementary School;

(3) Chemical Contamination and planned disturbance and movement of existing soil that serves as encapsulation of dangerous chemicals when Arbor regrades soil of the former golf course causing grave concerns for the health & safety of those living and working around the areas to be developed;

(4) Installing two 42-inch pipes under two State roads and across the sand beach dumping contaminated (fertilizers, pesticides, petroleum pollutants from autos etc.) water from the development directly into the Mississippi Sound a) Without detention or retention ponds to allow contaminates to settle; b) Removal of the existing natural ponds without replacing them with like size/volume ponds which will affect the health & safety of beach swimmers/bathers, fish and wildlife and reduce the welfare of all living, working and recreation on the beach and in the Sound;

(6) Destruction of Protected and Historic Trees on development site and surrounding properties; and

(7) Displacement of habitat of a litany of wildlife without a plan to relocate, including, but not limited to: Least Terns, Fox, Coyote, Blue Herons, Cranes, Egrets, Anhinga Birds, & Nesting Trees for Falcons, Hawks, Eagles, Hoot Owl, Mississippi Kite, Killdeer and Osprey as well as various Turtle and Frog Species.

Call for action - Support our efforts by signing this petition, email others and call/email the City Mayor, Billy Hewes at (228) 868-5801 or mayorsoffice@gulfport-ms.gov;City Council president Rusty Walker at rwalker@gulfport-ms.gov ; and City Councilman Ron Roland at rroland@gulfport-ms.gov and inform them that you oppose Arbor's general plan for the Great Southern Subdivision development.