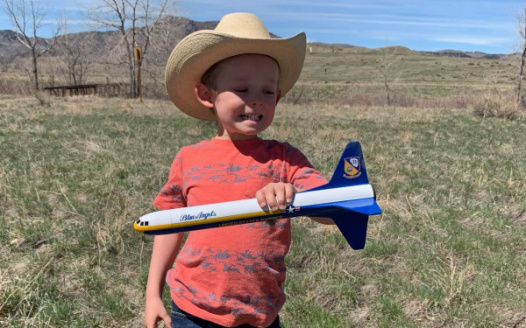 Save Our Model Rocket Launches

623 people have signed this petition. Add your name now!

Problem
Model rocket launches have been a welcomed activity for the last 30 years at Bear Creek Lake Park in Lakewood; however, park officials are discontinuing these launches beginning in 2020. The bi-monthly launches are overseen by volunteers of the Colorado Rocketry Association of Space Hobbyists, also known as C.R.A.S.H. These launches are attended predominantly by scout troops, school groups, STEM classes, people with disabilities, and parents looking to have a fun activity with their children and foster science in young people. Many kids that have used the facility have gone on to work in the aerospace industry including Colorado-based Lockheed Martin. The site is unique, being the only location kids and young people can launch model rockets in a controlled and safe manner, within at least a 2-hr drive from the Denver Metro Area. The group hosts several hundred kids each year from all over Colorado. As of 2020, the site usage will be revoked, with park officials citing increased park usage, noise complaints, and fire danger as the main reasons for shutting launches down. In response to the park’s decision, C.R.A.S.H. officials met with Bear Creek Lake Park management last week to bring lists of hundreds of supporters, discuss the scarcity of other park users in the designated area, fire safety procedures that meet or exceed national standards, and offers to assist with public notices. After listening to the compromise efforts, park officials still refused to allow the launches to continue. This stranding denies all the students, scouts and future scientists, with no viable launch site alternative within the greater metro area and will prevent them from exploring this hobby that may lead to great things for all people.
What is the rocket club?
The rocket club is a small organization of volunteers that oversees model rocket launches. Boy and girl scouts come all the time and launch the rockets that they made for their science projects. The group follows strict safety procedures before, during and after launch. The club has been in existence for about 30 years and has formed a lot of memories and friendships. Bear Creek Park has a designated area meant for rocket launching. Everyone is welcome and can come the first Saturday and third Sunday of each month, it lasts about three hours each.
Why do we need your help?
The Park does not believe that it's worth the risk anymore. We did not have any safety problems and will carry on staying safe throughout the years to come. The club is asking you to please sign the petition to show the council that we need their help to allow the club to stay there. #letusfly
Thank you so much!