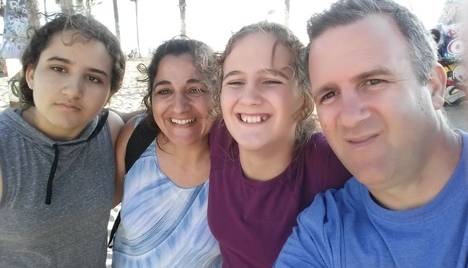 SAVE OUR HOME FROM US BANK

US Bank STOLE our home. We are fighting for the last two years to get it back.

We were paying the mortgage payments for almost 10 years. At a certain point while we were making the payments, US Bank deposited the money and then returned it. When we noticed it we made another payment and it was again returned. When we received the next statement same thing happened again, only this time the 2 consequent payments were rejected by US Bank. When we called the bank they wanted $27,000 from us to prevent going to foreclosure. While trying to process a refinance loan through the government program we received an urgent call from our tenant Benny who said someone delivered a sale notice scheduled for a month away. We called the bank and a representative assured us that the sale is NOT going forward and that there is not a new date set for it and he asked that we file the loan documents ASAP. We then arranged and completed the documents and sent it to US bank. Then we got another urgent call from Benny our tenant saying a lady from a real estate office was just at the house saying the house was sold and that they should stop paying rent. After the initial shock we contacted a law office and found out the bank had processed a silent auction and sold the house to itself for $170,000!!! With the help of the attorney we managed to first prevent the bank from proceeding to sell the house.

The case has been in courts ever since, we lost the 1st hearing at the circuit court with the judge NOT allowing our attorney to present facts about the case including the fraudulent actions by the bank. The judge ruled based on the "Tender" law that is only in California that in order for us to be able to go to trial with our case we will have to deposit ("Tender") $719,000 within 4 days with the courts of CA, which is the amount of our note with the bank. Ask yourself how many people on earth have $719,000 laying around to deposit with the court just so they could go to trial to present their case lawfully in a proper democracy??!!!

We then proceeded to file an appeal. The appeal was heard on Oct. 6, 2015 and the court has yet to publish it's ruling/recommendations, although our attorney told us we did real good at the hearing. This means the appeal court may send this back to the lower court for trial.

My goal is to have a petition that anybody in our situation can use it against the banks in court.