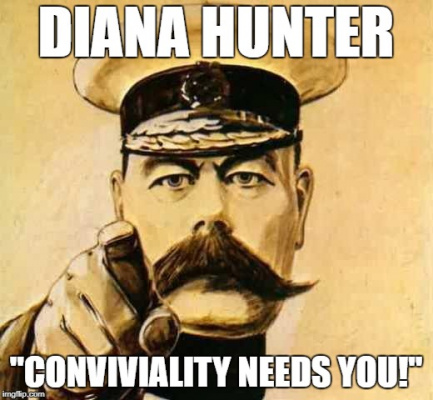 Save our CEO, Diana Hunter

We, the undersigned, strongly urge Diana Hunter to resist pressures to resign and call upon the Board of Directors to do everything within its power to safeguard Diana's position as CEO of Conviviality Plc.

Unless Diana Hunter is proven to be directly responsible for causing, exacerbating or failing to prevent the recent catastrophic financial errors, we do not accept that she should be forced to 'fall on her sword'. It should be remembered that without Diana Hunter, there would be no Conviviality Plc. She has been a radical and transformative tour-de-force, reinventing the Bargain Booze brand, driving phenomenal growth and expansion, and consolidating Conviviality's position as the UK's leading independent alcohol and impulse wholesaler and distributor. It was Diana Hunter's strategic and visionary leadership that saw the Company float on the London Stock Exchange's AIM in 2013, creating a generous share scheme for franchisees and employees. Diana Hunter's impressive record of achievement and entrepreneurial prowess has earned her countless accolades and industry wide respect and admiration. She has demonstrated herself to be a person of great integrity and a champion of franchisee engagement, fully committed to enhancing the position and experience of franchisees and staff within the Group.

Whilst we understand that the Company is in serious peril, and that there are individuals who are obviously culpable for wreaking unimaginable damage and causing tremendous personal financial losses for all shareholders, we still have confidence in Diana Hunter's leadership and believe her to be the person most capable of leading us out of this mess.