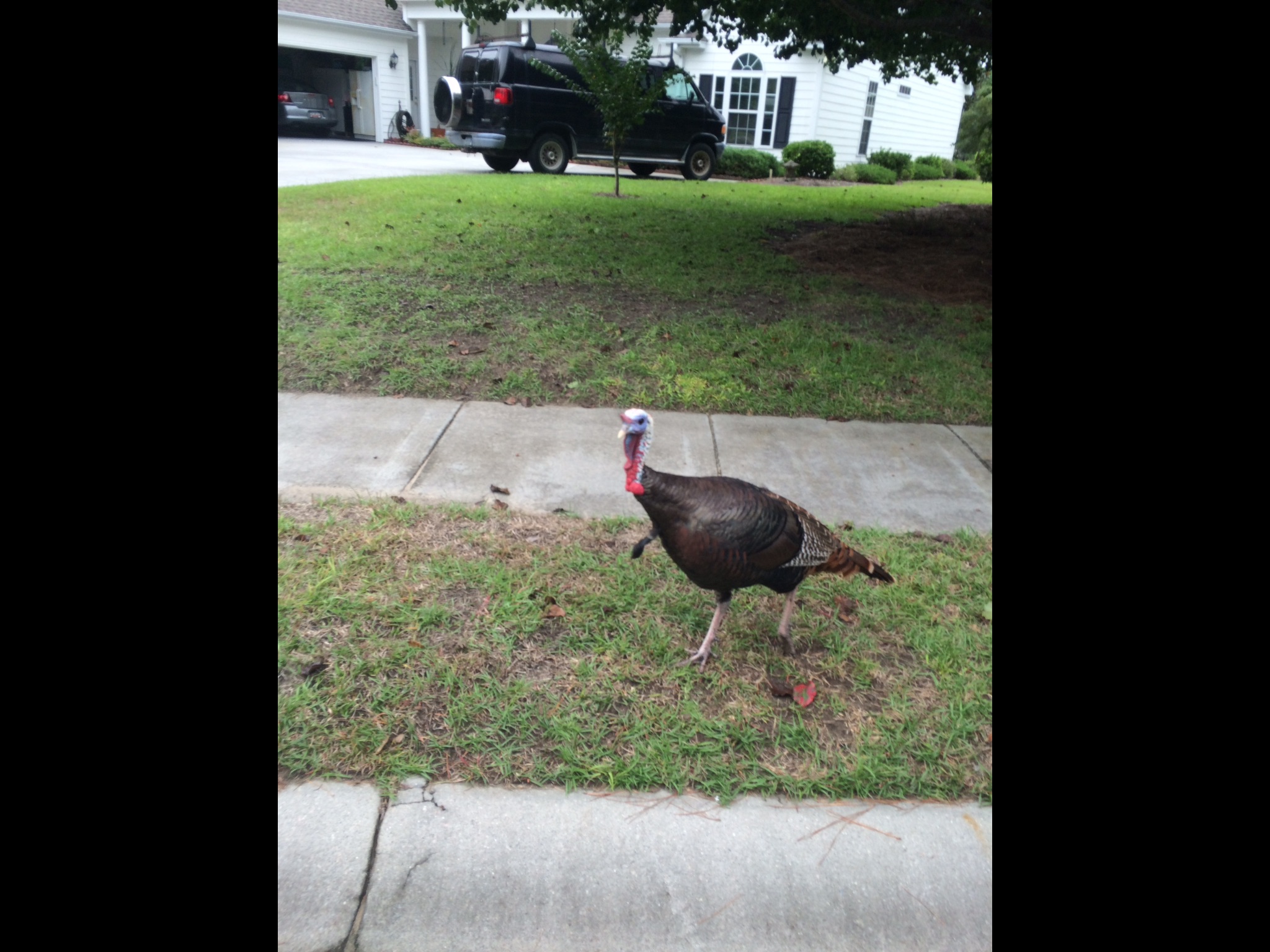 Save Our Bluffton Turkeys

The South Carolina Lowcountry has long prided itself on a love, appreciation, and protection of our wildlife, big and small. Recently, The Crescent Plantation has become a site of great injustice.

The beloved wild turkeys have long been a pleasant addition to our neighborhood. They have lived here in their natural habitat for decades- long before we began building. The birds hatch their young and those who live here enjoy watching the little chicks grow and thrive.
However, there are some who have been deeming the birds "a nuisance" of late. Although there is recognizably always some level of inconvenience when you live in an area filled with wildlife, the accusations have now become absurd. The turkeys have been called "aggressive" when not one person has been bit or injured and also deemed destructive to the yards of those that live here. If we are going to remove animals from our neighborhood for this reason, let's remove the squirrels, deer, and other fauna that permeate our lives and eat our shrubbery. (Clearly, a satirical statement- it is essential to protect our ecosystem.)
Complaints are one thing; however, these actions have now gone too far. Without the knowledge of many members of The Crescent, 18 up to possibly 30 of our turkeys have been pulled from their homes and euthanized by the DNR, and now they are coming for 40-50 more. The Department of Natural Resources, when asked, stated that the birds were "genetically mutated" and then when pressed finally admitted that they ran absolutely no tests on the birds to prove this accusation, yet shared that the birds had a "different feather pattern." In that case, are we going to extinguish every mutt in Bluffton? Will we remove the many mutations of cobia that live in our waters? Of course not! If an animal is not rabid or dangerous, it should be left alone. Also, the DNR stated to a reporter that the meat from the turkeys has been harvested and sold, yet gave a contradictory report to another concerned neighborhood member that the meat could not be processed due to a lack of USDA approval.The amount of deceit in this situation is also cause for concern. Now, they are coming for 40 to 50 more innocent creatures, ravaging our wildlife without any consideration for the cost to our ecosystem. Also, the DNR stated that our turkeys cannot breed with other "pure-bred" turkeys; however, research shows that there are numerous wild turkeys living in the United States today. (P..S.- There is no such thing as the original "wild turkey" left; every turkey breed is now some sort of mutation- the turkeys living here today actually came from Mexico and Spain).http://www.economist.com/news/christmas-specials/21636598-birds-many-names-speak-early-globalisation-and-confusion-flightOur turkeys could easily have been transported to another area if overpopulation was a fear.
By signing this petition, you are agreeing to fight the board on these claims and demanding action. Appropriate steps need to be taken: the board of The Crescent must know that we demand answers before any further steps occur regarding our turkeys. Innocent wildlife is being euthanized. They have not harmed anyone; they are innocent birds who should have the right to live in their own home. Also, 2 different farms at least have offered to make their private land the turkeys' home.
If you feel strongly enough, please take a moment from your day to call a member of The Crescent POA (phone numbers can be found on The Crescent website) or Jay Cantrell of the South Carolina Department of Natural Resources (1-803-625-3569).