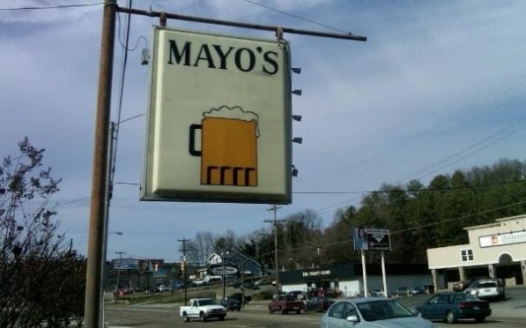 Save Mayo’s Bar and Grill

734 people have signed this petition. Add your name now!

The Citizens of Chattanooga and Surrounding Areas are asking for your help in saving Mayo’s Bar and Grill from permanent closure.

We are requesting the honorable Mayor to intervene and reassess the current City Engineers assessment of Mayo’s Bar and Grill. Mayo’s has been met with extended deadlines, excessive costs and insurmountable demands on its business for months. The Engineers decisions are causing great financial hardship on Mayo’s Bar and Grill, the Mayo’s and their extended friends and family.

Mayo’s has been an iconic and historic part of Chattanooga’s music and bar scene on Brainerd Road for decades and we want it to remain. Mayo’s has hosted artists from all over the country and has the most loyal patrons in all of Chattanooga.

We, the signers of this petition, would be very thankful to Mayor Tim Kelly if he would step up in a big way and pave the way for Mayo’s to reopen and bless us with a workable solution to resolve this unfortunate dilemma and #savemayos Bar and Grill.

We hope that when Mayor Tim Kelly says “I love this city, and I want to see it succeed, so let’s get to work” that he means what he says and will honor his word.