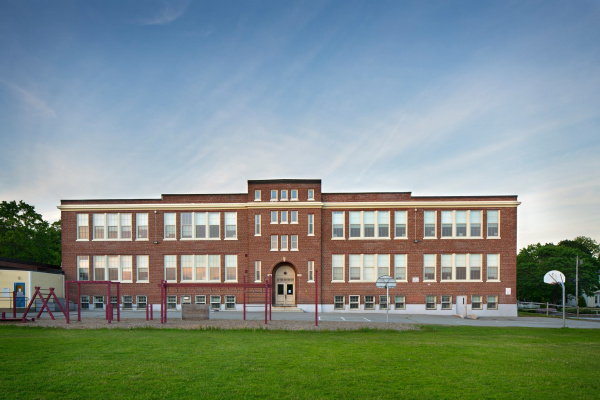 Save Mary E Taylor from demolition

When our community went to the polls in June of 2017, residents of Camden and Rockport voted to build a new middle school on the Knowlton Street site where the Camden Rockport Middle School (CRMS) is presently located.

Prior to the vote, assurances were made by the school board, the CRMS building public relations committee, and the superintendent of schools that a vote for the new school was NOT indeed a vote to demolish the MET.

While the construction of a new middle school prevailed at the polls, elation turned to confusion for many who had been under the impression that MET could be spared the wrecking ball even if the $25.2M bond to construct a new facility was passed.

The Mary E. Taylor building was built in 1925. It has served Camden, Rockport and the greater Midcoast community for nearly a century and, according to a comprehensive study conducted by Oak Point Associates in 2014, is still structurally sound.

The building does not interfere with the planned construction of the new school. It stands on a piece of property that is slated to become a practice field.

Concerned citizens have convened a group in order help encourage developers to re-purpose the building at NO cost to tax payers. Some members of our group would like to save the building to reduce the amount of materials entering our landfill and some in order to promote economic development in the Midcoast. Others want to save it in the interest of historic preservation.

Whatever the reason, if you would like to see the MET building stay, please add your signature to the petition.