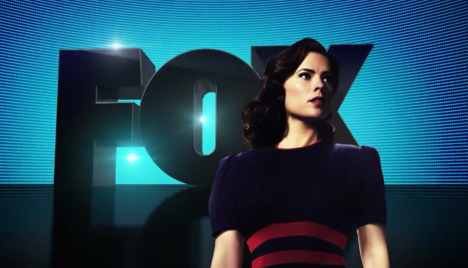 In order to save a beloved television series, we respectfully and graciously request the continuation of a Marvel TV property you may be familiar with....

A third Season of 8-10 episodes, a limited run miniseries, or a movie are all possibilities.

With FOX Networks Group's (FNG) rights to the international distribution of "Marvel's Agent Carter" (Seasons 1 and 2) already established, there is a built-in fan base in the United Kingdom, Poland, Greece, the Philippines, Malaysia, Thailand, and Hungary.

Also, FNG's vested interest in the following companies has multiplied "Agent Carter's" audience exponentially: Sky plc in Italy and Germany (by way of Syfy); Telecine in Brazil; Star World in India. All are enthusiastically waiting for Peggy Carter's return.

And, of course, the enthusiasm is on overload in the country where it all began...The United States.

In addition, "Agent Carter" would be the perfect augmentation to your current Marvel collection: The critically acclaimed and popular "Marvel's Legion", on the FX Network, and the upcoming "Marvel's The Gifted", on the FOX Network.

"Marvel is still such a big part of my career, my professional family. I would absolutely not rule out the idea of going back to Peggy at some point, seeing her in other avenues. I love her. I hope she has a life elsewhere in another time.”--ET Online

"I hound [co-president of Marvel Studios] Louis D'Esposito on a regular basis saying, ‘Give me a movie.' "--E! Online

"We make the best shows that we can as they are requested by the various networks," he explained. "So whether it’s ABC or Netflix or FX or FOX or Freeform, any of the networks that we’re on, they ask us to tell the best stories that we can, and we do that."--Business Insider

"What Marvel Television does every day is it connects with our partners--ABC, FX, FOX, Netflix, Freeform--and they tell us when they would like it. So the short answer is: Sure, if someone wants to call and say, ‘We want a two-hour Agent Carter for May 2017,’ boom. We’ll put together the greatest Agent Carter movie we can.”--TVLine

"All I’m saying is that it’s still a much-loved show for the people involved with the making of it, and we know that the fans, it has a special place in their hearts.”--Hayley Atwell, ET Online

So, only one question remains....