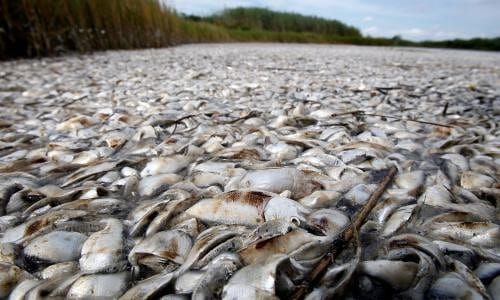 Save Marine Life from Water Pollution

Water pollution happens when there is trash, oil, etc. in the water. It can make a marine animal species go extinct. It can Algae Bloom which is when the water turns green and poisons and intoxicants the marine animals. Water pollution can cause Dead Zones. Dead Zones happen when there is lack of oxygen in the water causing the marine life to suffocate. Dead Zones usually occur in the Spring. An average of over 100,000 sea life die each year due to Water Pollution. About 40% of the lakes in America are polluted to bad that people can fish or swim. Also, an average of 1.2 trillion sewage water, stormwater, and waste are dumped into the US waters.