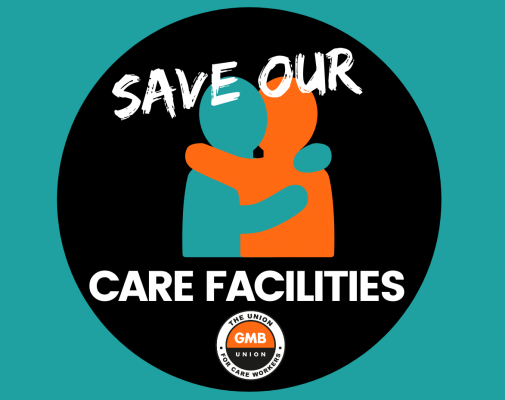 391 people have signed this petition. Add your name now!

GMB Union, which represents thousands of Leeds City Council workers, has expressed anger at the proposals to close care facilities across the city.

In a backdrop of rising positive Covid-19 cases and increased strengthening of local lockdowns, Leeds is already facing a crisis. To receive news from Leeds City Council that they have proposed closure of three care facilities; Homelea House in Rothwell, Richmond House in Pudsey and Osmondthorpe Resource Centre, is devastating and will have a massive impact on GMB members who work at these establishments and the service users.

Leeds City Council is facing a huge budget shortfall and has an immense challenge ahead as we see levels of deficit in the region of 119 million for 2021/22. But GMB Union, alongside sister unions, have been working in partnership with the council to look at a whole series of measures to offset some of that deficit, including a Voluntary Early Leavers’ initiative.

“We are only too aware of how serious the situation is which has resulted from huge budget reductions over the past 10 years caused by the Conservative Government cuts, but no one was expecting to receive this news. It is wholly unacceptable that we are even considering cuts to the care sector in the midst of a pandemic.

“Since the outbreak of this pandemic it has been the frontline workers who have put their lives at risk whilst maintaining services for the citizens of Leeds and caring for those most vulnerable in society.

"To announce that those workers may now be faced with losing their job is unforgivable and a total kick in the teeth.

“I have contacted those GMB members affected to provide the necessary support, but make no doubt, GMB will be resisting these closures every step of the way. GMB do not accept these proposals and will be campaigning at all levels in order to stop any proposed closures.”