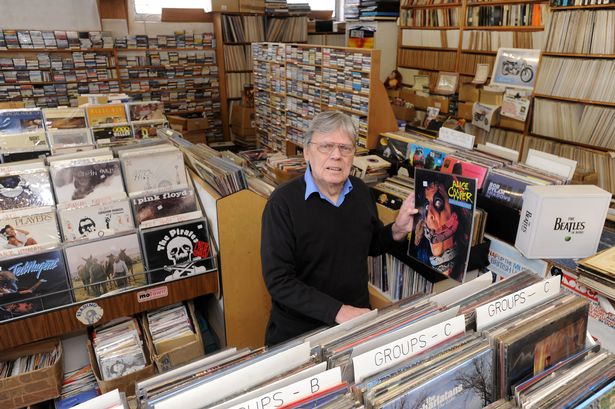 Royal Mail development plans threaten future of a wonderful local record shop - We need to get as many signatures as possible to help the case to oppose the Royal Mail and their plans.


Here is the story of Langley Records and the situation:

The owner, Geoff Langley, of a record shop in West Molesey, Surrey that has been there for more than four decades is vowing to fight for his future after landlord Royal Mail announced plans to develop the site.

Geoff Langley, 79, opened Langley Records, in Walton Road, 42 years ago and the shop is a living archive containing thousands of rare and valuable vinyl recordings.

Neighbour Royal Mail owns the building and last month submitted a planning application to Elmbridge Borough Council to construct a new customer service point and toilets on the site of the record store.

“I will probably have to retire, I cannot imagine I will find another place like this and there’s nothing in Molesey that measures up,” Mr Langley said.

But if Royal Mail thinks it is going to force us out, then it is wrong.”

According to Mr Langley, when he first moved in he was given a 21-year lease, but another contract never appeared.

“It was buy one, get one free – 21 years without a lease, nobody I know had ever heard of such a thing,” Mr Langley added. “Royal Mail didn’t even know the shop was here, it’s unbelievable and completely stupid, and now it is accusing me of trespassing – what a joke.”

Mr Langley highlighted some particular behaviour patterns from Royal Mail staff that has caused him concern.

“The vans have been blocking the shop window by parking directly in front, on the pavement,” Mr Langley said.

“And over the winter in 2013 they turned off the heating in the shop after a dispute – it’s endless.”

Around 14 years ago, a rental figure was agreed, Mr Langley said, which he paid every week on a Wednesday.

“It then took five years for Royal Mail to decide the rent wasn’t high enough,” he added.

“And now they have started refunding the payments.”

In this time, both Mr Langley and his wife of 45 years, Sally, were diagnosed with cancer. Mrs Langley died from the disease in 2007.

“Royal Mail thinks it is going to get everything its own way but I don’t think it will – it’s worth fighting for,” Mr Langley added.

Mike Davidson, 37, from Walton, is a friend of Mr Langley and regularly helps out at the shop.

“I cannot get my head around how underhanded Royal Mail has been, pressuring him to go without kicking up a fuss,” Mr Davidson said.

“The whole thing is a big corporation against one old man.”

The unique nature of stores like Langley Records should be preserved, according to Mr Davidson.

“You will never get anything like this again – 50 years of building up stock,” Mr Davidson added.

“It will be terrible if it ends in this way and I feel really bad for Geoff.”

A spokesman for Royal Mail confirmed its intentions to ‘terminate the lease’ and construct a new customer service point, along with toilets and welfare facilities for staff.

The spokesman said: “It is our intention to use this extra space to create a modern customer service point for our customers in both Esher and Molesey who visit us to collect any items of mail that we were not able to deliver to them, or leave with a neighbour, because they were out. We also need more secure parking for our delivery vans.

So we all need to help, sign the petition and present this to the council, make as much noise as possible to get Royal Mail to understand their actions and back off - saving the institution that is Langley Records.