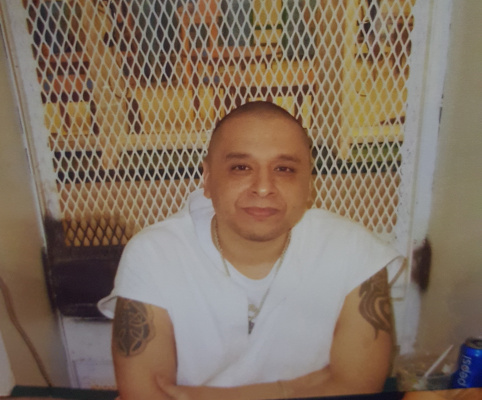 261 people have signed this petition. Add your name now!

I am appealing to your heart as a fellow human being. A gentle kind loving man needs our help. I appeal to you on behalf of Joseph Garcia. He has recieved an execution date for December 4th 2018. Please keep him in your prayers.Joseph Garcia is a very intelligent person with God in his heart. As human beings we make mistakes in our life sometimes even get caught up with the wrong people. Joseph is a young man who fell into that. He was born into this world to a mother who was a drug addict. He was left and abandoned. Joseph became a state child in our foster homes. His life-long dream was to become a federal agent with the DEA when he was in the U.S.Coast Guard..... but things went terribly wrong when he got convicted 50 years for murder in 1996. Joseph fought in self defense that led to the victim dying.Joseph has remained innocent. Joseph lawyer at the time also failed to inform him of a plea deal. Joseph had no prior criminal record before this. He was also convicted under "The Texas Law Of Parties" when On December 13, 2000, The Texas Seven, escaped from Connally Maximum Unit. Codefendants George Rivas admits to shooting and killing a police officer. Joseph Garcia is one of the Texas 7 on death row for his involvement for escaping. However Joseph was not around when the shooting happened.Joseph Garcia is a loving Godly man that I have met and shared many moments with. He has been a victim himself from the state of Texas. Joseph had a terrible childhood. Where all he wanted and needed in his life was love from a mother. Joseph needs as much help as he can get to help fight this fight. We need to stand together and do what's right for another human being. Joseph does not deserve to die. Please share and help save Joseph where it does not need to be the end for him. He is still someone's father,son,brother,nephew,and friend.

As family we love unconditionally. Please sign this petition and share, spread the word of Joseph's story