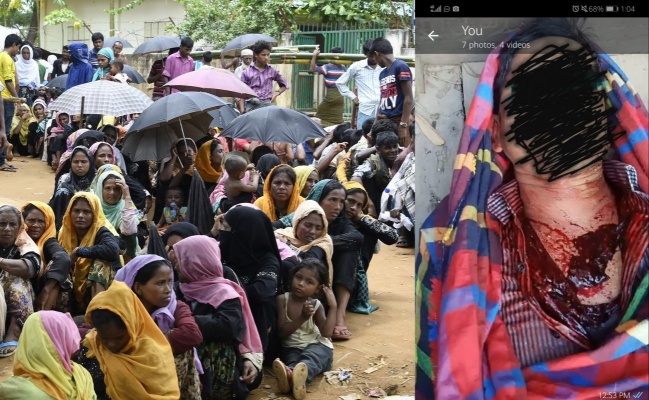 Save innocent Rohingyas from the ongoing fightings between Burmese Army and rebel Arakan Army!!!

You may be well aware of the fact that the Rohingya Muslims who are the original inhabitants have been living in Arakan(Rakhine), a north- western state of Burma now Myanmar for centuries. But they had been subjected to worst persecutions by the Burmese regime making them alien in the land of their fore-fathers.

More than 730,000 Rohingya Muslims were forced to flee northern Rakhine state in 2017 after a military crackdown that the international communities including UN has said was executed with a genocidal intent.The current situation in Myanmar has becoming bad to worst day by day.

The Rohingyas who could not escape the brutal operation in 2017 are facing worst forms of ordeal embracing tragic incidents frequently. Since September, the region was plunged into further chaos by fresh fighting between the military and the Arakan Army, a rebel group. The fighting between the two entities puts Rohingya civilians at extreme risk. The recent oppression in Buthidaung area has increased in manifold.Innocent Rohingya became worst victims in the ongoing clashes.They often become commonly target and are having loss of lives in bullet injuries. A prominent teacher was also shot and killed in Gu Dha Pyongyang villange in Buthidaung on 9th October. The conflict has displaced tens of thousands killing dozens of Rohingyas. Of the several hundred thousands Rohingya still in Arakan(Rakhine), many are confined to apartheid-like conditions.

We, the undersinged rights activists and peace loving people around the world therefore, would like to humbly request you :

1. To create all out pressure on the Myanmar army and the Arakan Army to immediatly stop using Rohingya villages as combat zones and targeting innocent unarmed Rohingya civilians in the region.

2. To make easy access of emergency health care facilities to save their lives.

3. To provide relief materials for the Rohingya victims in the conflict zone.

4. To ensure free movements of Rohingyas with safe and security.

5. To immediately deploy UN Peacekeeping Force in the conflict zone for saving the lives of innocent civilians and restoring peace and stability in the area.