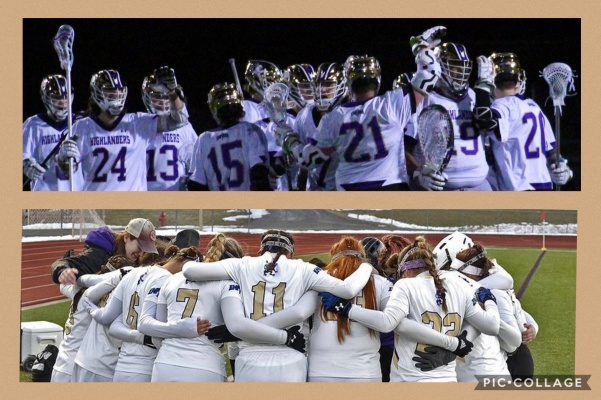 PLEASE READ AND SIGN BUT DO NOT DONATE! THOSE DONATIONS DO NOT GO TO US, THEY GO TO THE WEBSITE! IF YOU HAVE ALREADY DONATED, CALL YOUR CREDIT CARD COMPANY AND CANCEL THE CHARGE ASAP!

In January 2021, the Houghton College Athletic Department announced they were cutting the men's and women's lacrosse programs. As players and alumni of both programs, we are publishing an open letter to the college's Board of Trustees with the goal that they would reconsider other options. If you can support us in our mission please read through our letter and sign on in support. Thank you!

Dear Mr. Lee and the Houghton College Board of Trustees,

We are writing to ask for a formal review of the decision made to discontinue the men’s and women’s lacrosse programs. We are not naive to the financial strain that Covid-19 has placed on college campuses across the country. However, we firmly believe this decision was misguided, unfair to those directly affected, and out of alignment with the college’s stated mission.

Regarding this decision, Dr. Webb stated, “...as we move forward in these uncertain times, we need to find ways to invest our resources that align with our priorities for competitive excellence and that support areas where there is the most potential for growth.” We wholeheartedly agree with his statement. However, we believe this statement should support the continuation of and reinvestment in the lacrosse program.

Since the start of the 2017-2018 academic year, the men’s lacrosse program is the sole men’s athletic team to improve in winning percentage each of the past 3 seasons. This extended beyond record as the men saw improvement in every major statistical category each season including, notably, goals per game, assists per game, and shots per game. Since their inception, the women’s program has had success outweighing the final scoreboard. The program holds E8 conference records for goals per game and goals per season (Jennifer Zacchigna) as well as points per game and assists per game (Chandler Jones), all significant statistical achievements. Additionally, the 2020 season saw both the men’s and women’s lacrosse programs begin with 3-2 records before the season was suspended. This had both teams positioned to far exceed previous best marks for wins in a season (4 for the men and 5 for the women). If these are not considered signs of potential for growth in competitive excellence then we are not sure what is.

Not only is the reasoning laid out for this decision flawed, but the way the decision has been carried out has been disrespectful and unfair to those affected. Firstly, there was no effort made to save the program through other means. There was never a call by the athletic department for fundraising from alumni. Nor was there opportunity given for the teams to fundraise for themselves. No one was notified until the decision was made final, robbing those affected of the chance to explore alternative and creative solutions. Coach Lundeen himself was notified the same day as his players and only 1 day before the decision was announced to the public.

Secondly, this decision was announced after spring semester bills for students were due (December 14, 2020). Again quoting Dr. Webb, “There was a lengthy internal review to assess which areas had the most potential for growth.” If this “lengthy internal process” was ongoing before this date, then it is wildly unfair to student athletes to wait until they have already paid semester tuition to announce it, thus limiting their abilities to transfer and seek opportunities to establish themselves elsewhere. If the process was not yet underway at that time, that is evidence that this decision was rushed and made irresponsibly.

From the beginning, the men’s lacrosse program had a foot behind. Our program was rushed into participation before having hired a head coach (settling for an assistant soccer coach with no lacrosse experience hired from within) and without having the chance to secure an initial recruiting class. Since then, we have continued to suffer from lack of recruiting resources such as our inability to provide protective equipment, insufficient locker room space, and lack of presence at recruitment camps and showcases. On multiple occasions, leadership has disingenuously sought our input about what should be done to improve our situation only for our suggestions to fall on deaf ears every single time. Despite these challenges, the men’s lacrosse program has grown substantially under Andrew Lundeen’s leadership (cited above). With a renewed and proper dedication to the program, that growth will only continue.

The women’s lacrosse program has remained consistent in record and improved in conference wins, despite the seriously high turnover rate in coaching. Our former coach Cassley Jackowski had potential to lead the program to great success. She was an All-American athlete with NCAA records in goal scoring, bringing serious credibility to Houghton. The school lowered their coaching standards by dismissing someone that showed great potential to grow the program's success. After her removal it was clear the program was not a priority and their continual improvement was not valued. Despite this, potential for continual growth (cited above) still remains and can be tapped if the college would prioritize doing so.

As players, alumni, and supporters, we implore you to consider alternative solutions to cutting the lacrosse programs as they sit on the cusp of breakthrough. One such option would be a demotion to club sport status for a period of 3 seasons with a plan to resume NCAA affiliation immediately following. This would allow the lacrosse programs to continue building upon the success they have recently found, continue with recruiting efforts (specifically aimed at the year of NCAA re-entry), and save the athletic department funds during that period of time. Another option would be to suspend the lacrosse programs for 1 season to allow for a heavy focus on recruitment to relaunch a year later while also saving the athletic department money in the short term.

We are not trying to simply make an empty request from a distance hidden behind a letter. We ask you to involve us in the process of finding solutions. The lacrosse program has been denied the chance to explore and voice creative solutions. We adjure you to give us that voice now. We humbly ask that you would allow us to meet with you both to present our full case for saving the program and to help work towards a viable solution. We care deeply about this program and college community. We request that you would grant us this opportunity to leave our program better than we found it by hearing our voice.

“Houghton College provides an academically challenging, Christ-centered education in the liberal arts and sciences to students from diverse traditions and economic backgrounds and equips them to lead and labor as scholar-servants in a changing world.” For each of us, the lacrosse program has been integral to that mission. The lacrosse program has embodied what it means to lead, labor, and serve. These teams are a prime example of the kind of community Houghton aspires to be.

Many student-athletes came to Houghton for the lacrosse program. Important student leaders have remained at Houghton through their whole four year college careers exclusively because of the family they found with the lacrosse program. Multiple alumni have found full-time employment through the sport of lacrosse. For all of us, Houghton fulfills its educational and spiritual mission better with lacrosse than without it.

We petition you to revisit this decision and to instead seek a creative solution to continue the lacrosse program so that Houghton can remain home to countless athletes, alumni, coaches, and supporters.