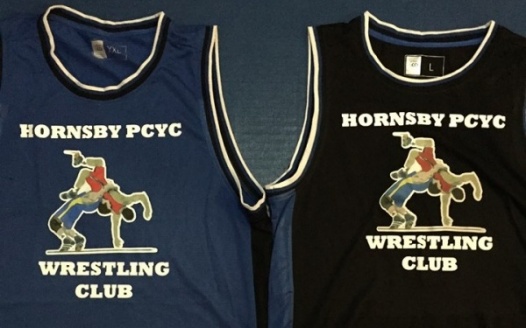 Hornsby Wrestling at the PCYC started back in 1968 with the full support & dedication of Lesley Neal (OAM). Les was the backbone of the sport for many years, having passed away recently he would be truly disappointed to see that the club he built is almost on the brink of vanishing. Les had 2 grandsons both Brett & Graham Cash, who combined, have over 60 years’ experience in the sport of Wrestling, all passed to them thanks to Les. Graham & Brett were both the coaches for many years at the PCYC Hornsby, up until the recent re-build where relocation became painful as both of them now live further away from the club.

There was only 1 individual from our club that took it upon himself to keep things going strong. That person was Dez Nedim. Dez fought very hard and worked endlessly to push for coaching and maintaining classes at various venues (including the temporary venue in Waitara but also many MMA gyms across Sydney). He made deals with them all, in order to get cheaper class fees for the wrestlers, along with fine tuning his coaching skills directly with the NSW Wrestling Association. None of this came without sacrificing time & money which had no problems doing. He also had many ideas in improving the sport, to run for more Government grants, to push the sport into school programmes and also supporting disenfranchised youth & refugees in various ways for them to gain access to our classes.

We sign this petition in full support of Dez Nedim, a wrestler and coach that was trained under Les and his grandsons for many years. Dez has taken the responsibility and commitment to run this club in the full spirit of Les Neal. We believe Dez has all the qualifications required to undergo this massive task, with over 15 years Wrestling experience and well over 15 years’ experience in martial arts - such as a Kick Boxing & Brazilian Jui Jitsu, where he is both high level and experienced. He is a qualified personal trainer and is the only coach we would vouch for to continue with this legacy. We believe without him the club will certainly not continue and we would not be supporting it.

Without the full support of Dez Nedim, the club will no longer have a committed coach & leader with a direction moving forward to grow on and expand the sport of wrestling. We the undersigned will not participate in any future classes related to Wrestling at Hornsby PCYC unless it is endorsed by the original team and founders, in this case we nominate Dez Nedim for this task and we urge the PCYC Management to consider everything on the table when it comes to his requirements & issues. We will not support this club if Dez is no longer around. We urge you to consider the value of this member moving forward.

Thank you for your time,