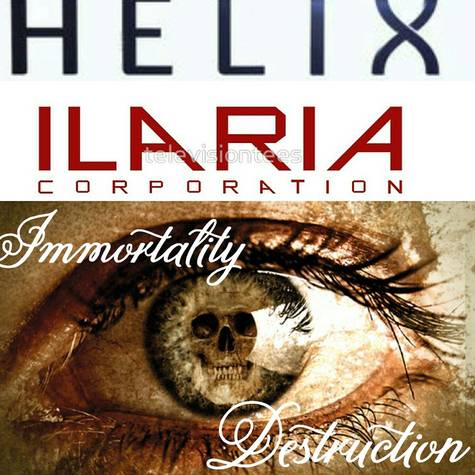 UPDATE 05-16-16: We are now focusing on Netflix and Chiller! There has been a huge upsurge in chatter in regards to Helix and a large jump in signatures in support of saving the show! We are less than 20% away from our goal and hope to surpass it! Over 50% of you have commented as well. Thanks! Keep sharing! Helix fans are the best!

Helix has evolved in many ways. Season One was different from Season Two and may have surprised some fans. I am one of many fans who thoroughly enjoyed Season Two despite its insanity. Fans of Season Two affectionately called it "Riding the crazy train." Regardless of how fans perceived Season Two versus Season One, I believe that most if not all Helix fans want Season Three to take place.

We are now at a point in the evolution of the virus where fans are starving to know more about the story of Ilaria and the Immortals. There are characters where fans are dying to see back stories. Fans are on the edge of their seats waiting to see the fates of their favorite characters. Fans of Helix need a Season Three to resolve unanswered questions. We are now to the "meat" of the story! Fans are left hanging and feel unsatisfied with an end at this point.

Helix is a show that no fan can deny has an amazing cast. Each of the characters is strong enough to have entire episodes dedicated to them. Helix is amazing in that it is truly a show that has been impossible to guess or predict a plot or an outcome which is phenomenal to me as a fan. Helix never ceases to amaze fans with creativity and suspense and the best soundtrack ever!

Regardless of which season was your favorite, as a fan of Helix, you adored the cast and their interaction with fans during the show. Twitter was ablaze on Friday nights at a very poor timeslot as the cast would live tweet with fans. Even now that SyFy has announced the cancelation of Helix, the cast continues to tweet and show appreciation to fans.

SyFy, please reconsider and bring Helix back for Season Three, and other networks take notice! Helix has a solid loyal fan base, and we are heartbroken at the thought that we will never know how the Narvik virus came to be or if there is an evolution to Narvik C, who or what the Immortals are as well as the fates of our favorite characters.