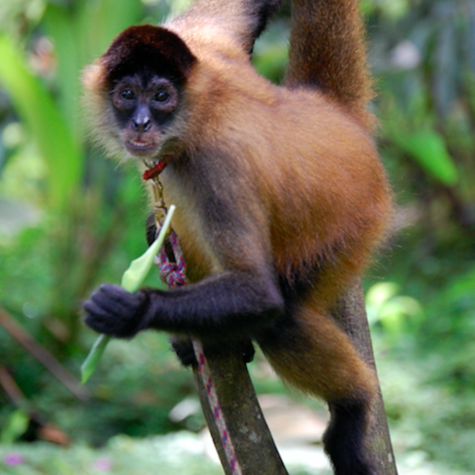 Geoffroy's Spider Monkeys get their name from their tail, which acts as a fifth limb when they hang from high branches, making them look like spiders. But did you know they are endangered? Due to deforestation and pet trade throughout the Mexican and Central American rainforests where they live, these animals were officially declared endangered on the IUCN Red List in 2008. With their numbers steadily decreasing, these animals need your help more than ever. What can you do to help? Awareness is the first step. Take the pledge to help save Geoffroy's Spider Monkeys and help spread the word by sharing it with your friends. By speaking up you are already making a difference. Let's work together to help give these animals the lives they deserve!