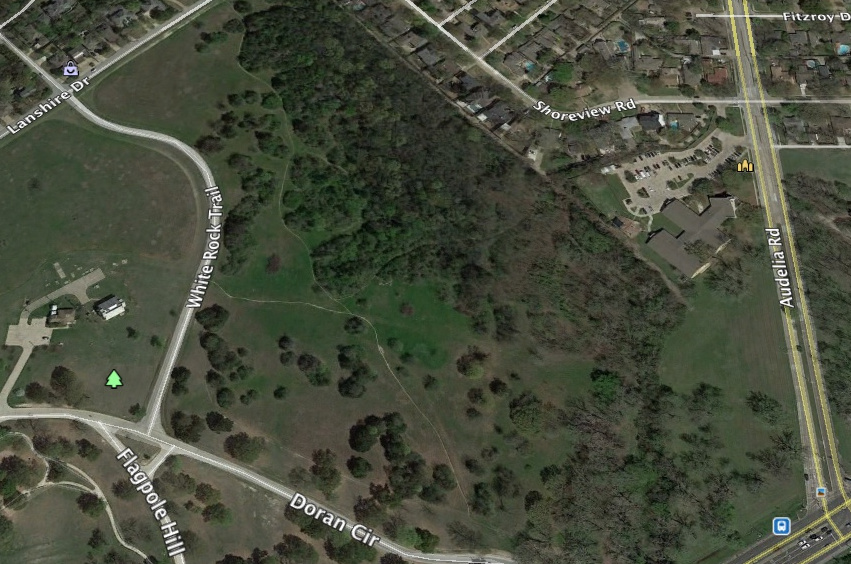 The east side of Flag Pole Hill is made up of natural prairie and extremely dense, natural woodlands. There is an existing footpath, worn over many years from horseriders, bikers, walkers. The City of Dallas plans to enhance this path with soft-soil grooming that will make "official" what is today a light footpath that is barely used by anyone (in comparison to other trails in the area). The City has also entertained proposals that would extend the trails into the nearby woods.

It is the position of this petition that the city leave everything alone.

This area is home to grassland quail, bobcats, coyotes, owls, woodpeckers and all kinds of other wildlife. If trails are allowed to be cut through this area, these species will seek life elsewhere. Humans walking and riding around may pressure these species!

"But people can walk and ride in that area already! It's a public park." That's true, but the natural environment impedes the traffic. The trail gets overgrown and there's poison ivy. Anyone can walk or ride back there today. But that doesn't mean the City of Dallas has to encourage it. That YOU have to encourage it.

This petition thinks there is a majority of Dallas County citizens who want the wild left that way in that tiny slice of leftover Blackland Praire. That is our park. Your park.

Help us tell the City of Dallas to leave it alone! There are plenty of trails already in the White Rock Area!

Read on to understand how the petition will be used:

This petition will be forwarded to the Dallas Parks and Recreation staff as a show of opposition for this trails expansion. In addition, I will ensure that this petition of opposition is shared with the White Rock Valley Neighborhood Association, the White Rock Lake Task Force, our newly elected district 9 councilman Mark Clayton, our district 10 run-off winner (McGough or Reyes) and Gerry Worrall and Robin Norcross, district 9 and 10 members, respectively, of the Dallas Parks Board.

If you are tired of the encroachment of human beings on every inch of natural habitat in the White Rock Area.....If you like the animals (bobcats, foxes, coyotes, owls, woodpeckers) in our neighborhood that would be scared away by more humans thundering through THEIR neighborhood....then lend your support.