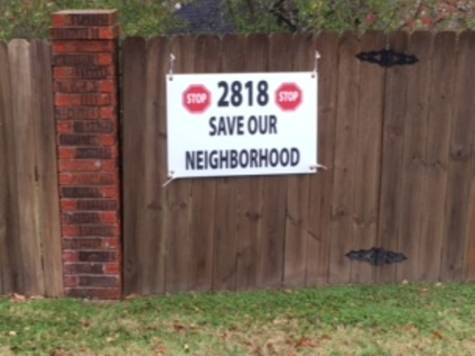 We, as Emerald Forest Homeowners are emphatically against ANY expansion or extension of Emerald Parkway whatsoever! Expanding Emerald Parkway would cut our thriving, established, 40 year old, deed restricted, HOA neighborhood in half and it would make getting to the pool, park, clubhouse and tennis courts impossibly dangerous for children that live south of Emerald Parkway in Emerald Forest. In addition to endangering the lives of our children, it would drastically alter the peaceful, serene character of our neighborhood, resulting in a devastating drop in our property values. (Experienced realtors have reported that the mere existence of this proposed route has already begun to have a negative effect on how our neighborhood is viewed.)

1. We do not want any expansion or extension of Emerald Parkway whatsoever!

2. We suggest other alternatives to connect to Hwy 30 mentioned by MPO officials at your meetings. One such alternative would be the Rock Prairie Rd/ Bird Pond Rd extension to Hwy 30. This route follows an existing roadway and will accomplish your goals with less effort, expense, and without disturbing and devastating existing homes.