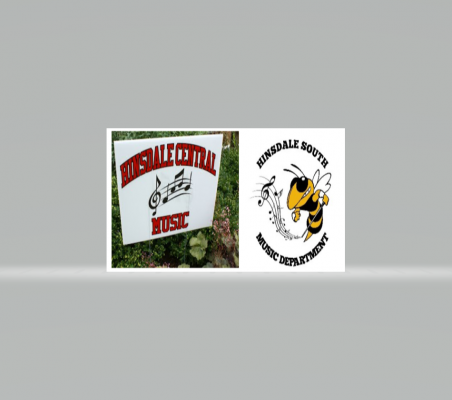 Although the Referendum passed, D86 Board of Education is looking to eliminate funding where they can to increase the building fund. In this vein, the District Finance Officers are suggesting both the Hinsdale South and Hinsdale Central Music Departments give up over $300,000 in budget between both schools. This would mean that our students will lose all of their full time Accompanists at both campuses as well as the Paraprofessionals at both campuses who work with our students multiple times a week to run the band and orchestra sectional classes. The Accompanists are not a luxury to our Choir, Band and Orchestra programs. They assist not only during class times, but for the musical, concerts, evening rehearsals for the programs that do not meet during the day and they are vital to IHSA Solo competitions. Without an Accompianist, our students will not be able to perform the same level of vigorous music that they had previously during IHSA Competitions. This will further reflect poorly when time to compete for scholarships for and entrance into colleges.

Additionally, the Hinsdale Central AP Music Theory class and Guitar Class have also been removed from the curriculum for the 19/20 school year. The AP Music Theory class is especially vital to those students who plan to pursue a college career in music or are applying for music scholarships for college. The Music Directors that will run the programs at Central and South will now have class sizes that exceed 60:1 in multiple cases.

We are looking for the Music Department to receive the same courtesy that the athletic teams received with reinstatement of programs that were cut. At the start of this journey when the November referendum failed, the Board of Education stated very clearly they wanted cuts to remain as far away from classrooms as possible, but all of these suggested cuts impact the instructional quality of our Music Department. Please add your name to show you are in support of reinstating these funds.