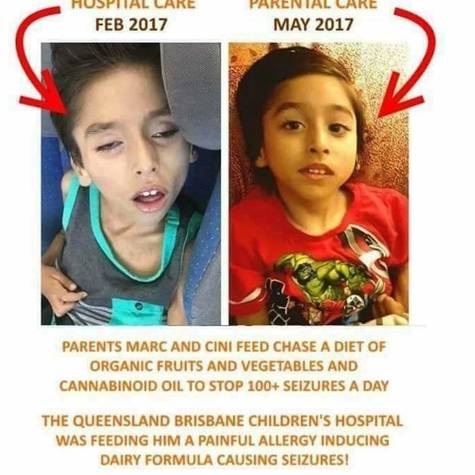 This is four year old Chase Walker who was VACCINE INJURED at birth .. Two weeks ago he was taken from his parents who are doing an amazing job of caring for him, and force fed food. His parents say that the food being forced on him via tubes will kill him ..He is allergic to it .. They took their son from the hospital and this resulted in a police hunt.

JUST ONE HOUR AGO CHASE WAS UNLAWFULLY TAKEN FROM HIS FAMILY.. by Police.. No warrant ..

It is very obvious to everyone following Chase that the Medical Mafia want to destroy the evidence ..his parents have evidence

that Chase was vaccine damaged at birth and that the Hospital was slowly killing him.. You can see from the photos, the great improvement he has been making since his parents took his health into their own hands earlier this year..

THIS IS A CLEAR CASE OF KIDNAPPING AND COVER UP..