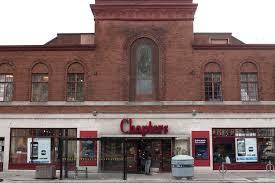 SAVE CHAPTERS BOOKSTORE AT RUNNYMEDE

693 people have signed this petition. Add your name now!

A Shoppers Drug Mart will replace the Runnymede Chapters on Bloor St. W. in Toronto.

Drew McGowen, vice-president of real estate for Indigo Books and Music Inc., said the lease has expired on the Bloor West Village site and the new rent being proposed by the owners was too steep.

Chapters will close in about mid-February and vacate the premises by March 31. Shoppers Drug Mart hopes to open in the summer.

“We have no options to renew. We’ve been here 15 great years, and 15 years later, market conditions have changed. That corner is quite a valuable corner. The landlord can get far more money than we can pay, than we will pay,” said McGowen.

“We’ve always loved the location. It’s an iconic building with great architecture and heritage that goes hand in hand with a bookstore. The community has been terrific, supportive and loyal.”

When Chapters first leased the site in 1998, 1,600 residents signed a petition in protest, but the restoration was stunning and the community came to embrace the bookstore.

Chapters and the building owners collaborated to preserve the Art Deco interior, restoring the walls, sconces, cherubs, stage, the periwinkle ceiling, the balcony and keeping a few of the theatre seats for customers and an old film projector as decoration.

The result was a warm and welcoming place for book and music lovers.

“It’s a real loss for the neighbourhood,” said Jill Zelmanovits, 41, a mother of two children, ages seven and four.

“I would say my children have been there every week their whole lives.”

She said staff at the store greets her by name and it is a gathering place for new moms with kids in tow.

Schools and community groups hold fundraiser events in the space, said Ward 13 Councillor Sarah Doucette (Parkdale-High Park). Her office was inundated with calls from residents after the news broke.

“We had an uproar like this when Chapters went in,” she said.

The neighbourhood is itself undergoing a transformation, with an estimated 3,000 new condo units expected to come to market in the next four years, said Doucette.

The Runnymede Theatre building is owned by brothers Richard and Charles Wachsberg, who also own Apollo Health and Beauty Care.

The company, which has done business with the label business owned by Mayor Rob Ford’s family, made the news last year when it was reported that it was able to arrange a meeting through Ford with Toronto Water’s top bureaucrat, while it was being investigated for alleged problems with its sewer discharge.

Soapsuds had been spotted pouring out of manholes in the area of Earl Bales Park, along the Don River ravine, according to Lou Di Gironimo, general manager of Toronto Water.

Di Gironimo said Thursday that the soapsuds dissipated and did not enter any rivers. He said the company has been working with the city to achieve compliance, adding that they were “co-operative and engaging.”

The Runnymede opened to hordes of theatregoers in June 1927. It was Canada’s first “atmospheric theatre,” built to make moviegoers feel like they were under a night sky.

Tiny light bulbs were built into the plaster to resemble twinkling stars.

“I’d rather see a movie house; that was more enjoyable for me,” said Maurice Poronovich, 78, when he heard the bookstore was closing.

He was not alone.

“I’ve been upset that the movie theatre closed down — that’s where I’m coming from,” said Julia MCutcheon, 68, a former Toronto resident visiting her son and grandson on Thursday.

The Runnymede was declared an historic building under the Ontario Heritage Act in 1990.

PLEASE JOIN US NOVEMBER 26. 2013. AT CHAPTERS FOR ANNUAL CONCERT AND SIGN THE PETTITION.