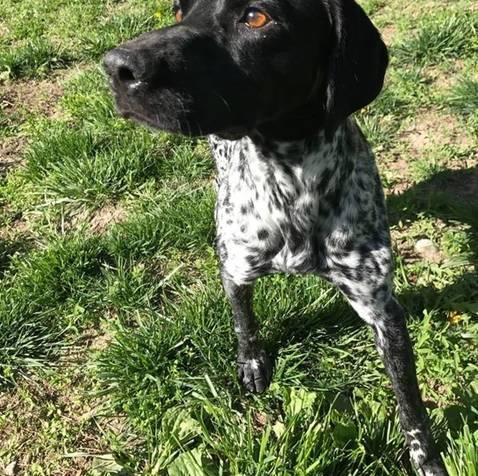 Policies at the T. Russell Reitz Animal Shelter in Manhattan, Kansas need to be reviewed and updated.

Buck is a German short-haired pointer currently being housed at the T Russell Reitz Animal Shelter in Manhattan. Chris Soupene would like to adopt Buck but the shelter won’t let him.

On Sunday, April 23, 2017 Buck was neutered. The following day, Monday, April 24th, Buck was adopted by a family that has a 2-year-old. The child was bit twice. Once was admittedly provoked, and the second time the reason/situation is still ambiguous. Buck was returned to the T Russell Reitz Animal Shelter and is being held under quarantine due to not having a rabies shot. The family that has the 2-year-old called Soupene and let him know that they returned him to the shelter, and asked him to please go adopt Buck.

Soupene has offered to sign a waiver and to pay to have Buck independently evaluated. He has reached out to multiple rescues which have contacted the T Russell Reitz Animal Shelter to intervene and take Buck, and all those requests have been denied.

Soupene says “Buck deserves a second chance. He got put in a situation that I think was just wrong for him. I’m not trying to blame anybody for anything on that. It just happens but being in a different situation, not being around kids I think this dog will be just fine.”

The city says it’s there policy not to adopt out dogs that have shown aggressive tendencies. They say Buck does not have his rabies shots so he is currently on a 10-day quarantine after the incident with the 2-year-old.

The policies at the T Russell Reitz Animal Shelter are not the best for the animals or the members in the Manhattan community.