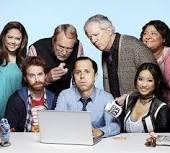 From September 2014, 5 DWP on-site Bright Horizons nurseries will be closed for good. The closures will leave countless families scrambling for alternative nursery place in a very slim timeframe. The nursery staff have been made redundant. Last but not least, scores of babies,toddlers and pre school children will have their early year's education disrupted as well as being parted from their friends and carers.
The decision is a puzzling one. The quality off Bright Horizon's care is not in question. Discussions have taken place between Bright Horizons and their commercial team unfortunately it has not been possible to agree sustainable terms for the future of a privately run nursery on the sites. The nurseries remain as popular as ever.
So please sign our petition and fight for Beakys nursery to remain open!