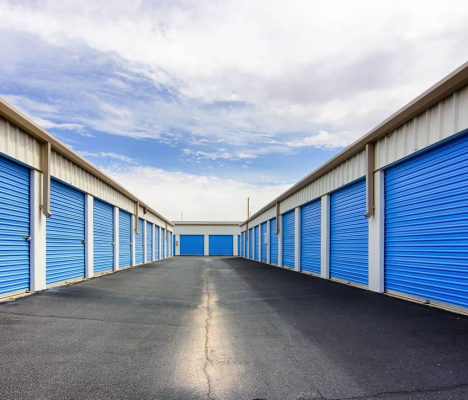 Save Balmoral and East Memphis Neighborhoods

The signers of this petition are opposed to the approval of Application 17-81 submitted to the Memphis and Shelby Co. Board of Adjustment by Balmoral Shopping Center LLC. The Application requests zoning variances that would permit traditional self-storage and auto leasing facilities on a 10-acre property built and zoned to complement nearby neighborhoods. The Application also requests the development of "flag lots" and relief from certain planting area requirements.

1. Promote criminal activity on property adjacent to Ridgeway High School and in proximity to five additional public and private schools.

3. Destroy the natural beauty and neighborhood ambience of an area that includes two of Memphis' most valued institutions, Lichterman Nature Center and Ric Nuber YMCA.

5. Balmoral Shopping Center LLC did not consult any neighborhoods or nearby stakeholders prior to filing the Application for variance. The planner representing BSC LLC has made assurances about build-out standards and operating restrictions on the two proposed entities. Such restrictions, however, have not been negotiated with affected stakeholders nor memorialized in writing. Even if restrictions were memorialized, there is no guarantee that the restrictions would not be appealed or waived in the event no tenant is found who would accept them or who could operate profitably under them.

6. The leasing agent for BSC LLC (Cannon Austin & Cannon) does not have a prospective tenant interested in either of the proposed uses of the property. Apparently, no market feasibility, business, or development plan has been created to project the probability of success for either of the proposed uses. If zoning variances are granted and the facilities are built on market speculation, the property is forever transformed to one that includes "high intensity" commercialization inconsistent with current zoning for a neighborhood shopping district.

7.Flag lot variances should not be granted prior to the creation of a comprehensive redevelopment plan (including a named anchor tenant) and its review by affected neighborhoods and stakeholders. Flag lots skirt requirements for roadway frontage and access. Absent a well-conceived development plan for BSC, the final uses of the lots are an unknown. Flag lots would reduce the number of first-rate businesses interested in becoming tenants. The stature of the shopping center and its perceived value to prospective tenants would be lowered. Flag lots would attract businesses inappropriate for Memphis' Education Avenue and the family-oriented neighborhoods nearby.

8. The BOA does not appear to have jurisdiction to grant special use permits as requested by this Application. A request for zoning variances and special use properly belongs before the Land Use Control Board, a process that requires the input of affected neighborhoods and whose decisions can be appealed to the Memphis City Council.