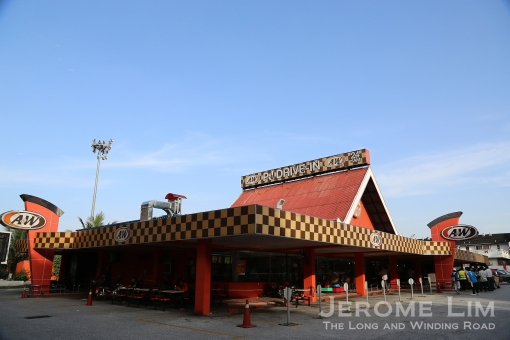 The A&W drive-in restaurant in Petaling Jaya (PJ) opened its doors in 1965. It is believed to be the first popular fast food outlet in the city. Besides being an early landmark of PJ, the place has always been a community meeting point for everyone, from whole families, young people and workers.

The land value of the restaurant's site has appreciated so much so that the current owners now want to demolish the historical building, build a large commercial complex and retrofit a drive-in A&W into the new building. But it will not be the same for tens of thousands (perhaps millions) of people who have fond memories and life's milestones with the A&W "tent". This petition calls for the prevention of the demolition of the original building, even if other development by its owners can take place around it.
Photo credit: Jerome Lim