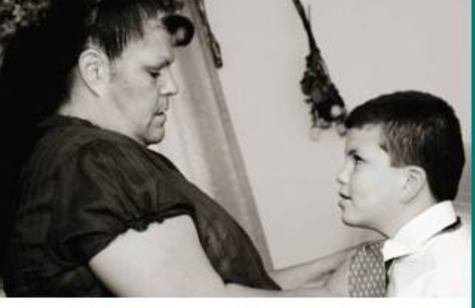 May Simmons 0 Comments
17 people have signed. Add your voice!
2%

Hello, PLEASE SIGN THIS PETITION TO SAVE APRIL'S HOME.

Wed December 28,2016 April Zimmerer received a notice she has 30 days to move. She was told by Tribal Council not to worry. Vernon Finley (Tribal Council Chairman) directed Mr Clairmont to find a option for her. It appears nothing was done.
She is desperately trying to get in touch with someone anyone who can help her. First by following what the Tribal Council Chairman has already directed should be done.

Members of Council have voiced support for her in council meetings. Mr Two Teeth stated he would not be in the position he is in on council if it wasn't for April and her help when he needed it. We are talking about a woman who has spent 20 yrs serving the public.

April should not be losing her house!! We have to pull together to see this isn't done.

SHE ONLY HAS 30 DAYS LEFT. IT'S TO COLD FOR HER TO LIVE IN HER VAN. Help spread the word! please sign this petition to save her home.

My name is April Zimmerer. I have lived my entire life on the Flathead Indian Reservation. I have been a single parent most of my life. I have always worked and paid my bills. 20 yrs ago, Tribal Credit loaned me the money to buy a home. In some capacity my life’s work has always been in some community service job with the tribe. This was until last yr, when I lost my job due to health issues. I have had no income since June 2015.

I am a 52 yr old disabled grandmother, who has fallen behind on her house payment. Someone who has lived in her home for 19 yrs. Who owes a just less than $10,000 on her home. Not only am I a grandmother, I also have a minor child still living at home.

As an educated Native American woman, I want to do everything in my power to make sure my children would never be or feel “homeless” or feel the unsteadiness I had to deal with at a young age. Therein lies the reason I have planted roots so deeply (literally and figuratively) in this place I have called home.

When I take time each day to count my blessings, I am highly aware of the opportunities I took full advantage of in hopes of a better life for myself and for my children. It may seem silly to some that I would take such extreme measures to save our home, but it’s not. I believe everyone should have a roof over their head and place to sleep at night.

I know so many people who have suffered worse losses than material ones. We’ve lost sons, daughters, parents, aunts, uncles and so on before it should be their time to go. It’s inevitable when you’re a Native American to experience these losses many times over during a lifetime, and it’s no secret that this is the case: Native Americans, especially those of us living on the Reservations, are continually statistically shown to be suffering the worst economically and healthcare-wise in this country. We have survived hundreds of years of attempted genocide, but of course the effects linger. And the opportunities here are few and far between.

My heart bleeds over the potential loss of the home I raised my children in, who are now lighting out to start their adult lives. It bleeds for my minor son, who suffers from disabilities himself and has to worry if he will lose the only home he has ever known as well as the only stable ground he’s been able to walk on in his young life. It bleeds for myself as well: I have planted, built, and cultivated the land and the home to make it a haven, somewhere to truly call home

I went to Tribal Court last week at what I thought was a status hearing, only to be told it was a default hearing. I have been in regular contact with the tribal credit office. They said nothing of details of this hearing. They are aware of my health issues and other stresses faced by a disabled native American woman. The hearing took less than 5 mins and I was told I have limited time to either vacate the home or pay it off. I owe just under $10,000.

I have lived in the home 19 yrs, have a good payment history until my disabling accident. I don't want to lose everything I have worked for nor the security for my family. Thank you for any help you can offer