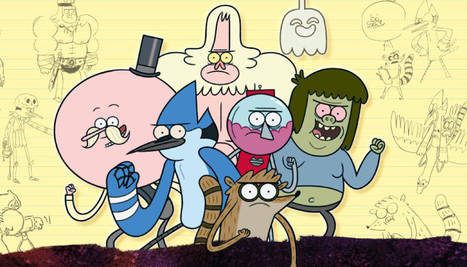 UPDATE: Rumors are swirling around regarding Regular Show's cancellation. Artist Bob Calvin, who's been on the show since the beginning, has stepped down. And Mark Hamill, voice of Skips, is leaving as well. On top of this, the Regular Show comic, which has been around for over three years, is ending production. Right now your voice matters more than ever.

UPDATE: Adventure Time has been renewed for a 9th season. Still no word on Regular Show.

Something very fishy has been going on at Cartoon Network this past year. Regular Show, one of Cartoon Network's longest running programs, has been given a surprising lack of attention. Despite both shows having an entire season already in the pipeline, little to no reruns appear on the channel, and new episodes either get promoted sparingly or not at all. 2016 marks the first time since the show premiered that there is no Regular Show panel at San Diego Comic Con. It's clear what Cartoon Network is trying to do, and if it gets cancelled, it will not be the fault of viewers, but the network for purposely trying to sabotage them.

I fear what CN's blatant favoritism will have on the future of RS. Right now, their schedule is 90% Teen Titans Go reruns, clearly they could stand to make room for a rerun slot. I know for a fact that Regular Show still has a huge fandom, and it's not fair for Cartoon Network to sweep one of their longest running shows under the rug like it doesn't exist anymore. If they decide to pull the plug, I want it to go out with a bang, not a whimper. Don't let Cartoon Network neglect the show that helped put them on the map!