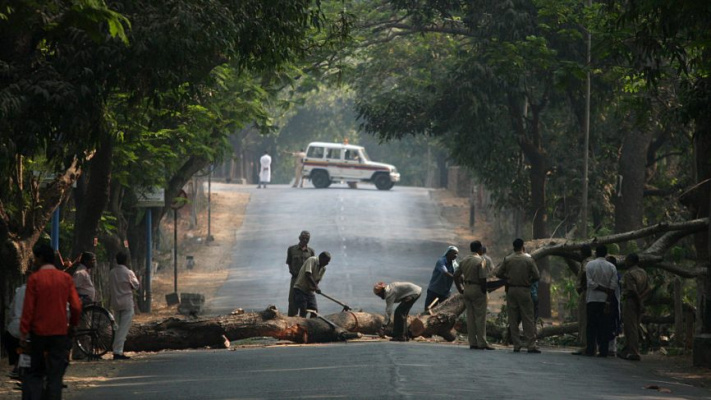 Save Aarey. Save Mumbai.

Following Bombay High Court's rejection of the several petitions, asking to stop the cutting of trees in Aarey Colony, the Mumbai Metro Rail Corporation washed out nearly 2,500 trees in the forest over night. Protestors who had gathered to stop the felling have been banned under Section 144 while 29 activists, students and parents have been put behind bars- their bail applications rejected by a Mumbai court.

It should be kept in mind that the court never nodded for cutting trees but it has only rejected petitions. However, with the reckless felling of trees- WITHOUT a proper permission- is nothing less than an impulsive cowardly act. In spite of the rising concern with degrading environment and the present generation's constant battle to fix it, there are many who still believe that chopping down a few hectares is as harmless as disposing plastic on just one side of the sea.

It is a city full of gifts- one of the only ones to have hills, sea, and forests within its own boundaries- and it is hard to realise that the city's own authorities fail to recognise those gifts. As a concerned citizen I ask you all to protest. In whatever way you can. The police have their barricades in place, they have weapons that can kill you, they have the authority to shut us down. But we have NUMBERS. And that is countless. Mumbai is home to over 1 crore people, and each day a few thousand more join in.

I request everyone- who grew up in Mumbai, who recently shifted to the city, who are here for a few months, who will probably leave in a few months- I request one and all to stand together and form your own barricade for Aarey. Their are children coming, and there will be more. We are answerable to them. Let's be better adults. Let's be a little more responsible as a generation.

Petitions are being rejected, they are being ignored but for how long? They cannot ignore over a crore petitions, they certainly cannot ignore the fact that people are watching and people will speak! Don't let their few men stop us from doing what is right. Keep the protests going, keep the noise up, let's not sit back on this. Keeping filing petitions, at some point they are bound to accept.

They are killing the trees at night when no one's watching. If they wish to draw their weapons behind our backs, then we attack them from the back. We are banned from practising our rights. Let's ban them from practising betrayal and murder.