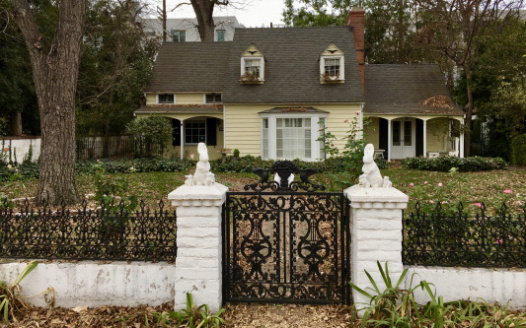 New owner of 4221 Agnes Ave, Studio City has applied to totally demolish this historic home and its ~100 year old pecan trees. The house was designed and built by noted LA architects, Arthur and Nina Zwebell. 4221 is one of three preserved historic Zwebell homes on Agnes Ave. The house was built for Zwebell's brother, Albert, and his family.

The Zwebells are known for their courtyard style of apartments, several of which are in the National Register for Historic Places and/or are designated LA Historic Cultural Monuments. The property is graced by three majestic ~100 year old pecans, believed to be part of the original Studio City "Grove".

Fight against the destruction of historic Studio City. Please sign to support our nomination of 4221 Agnes Ave for Historic Cultural Monument status and fight against the demolition of this excellent example of American Colonial Revival architecture designed and built by Nina and Arthur Zwebell.