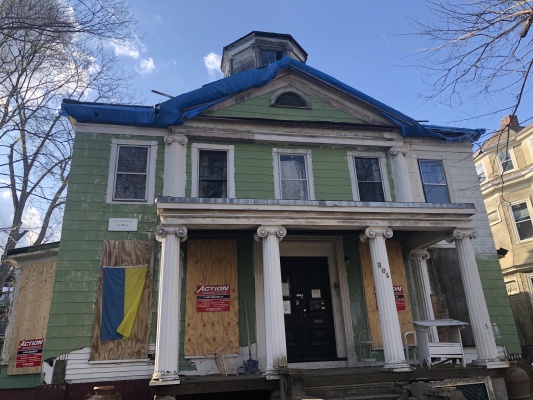 Save 305 Chestnut Avenue from the wrecking ball

Petition to Save 305 Chestnut Avenue from the Wrecking Ball

Also known as “The John and William Fowle House Ca 1841”

We, the neighbors, homeowners and concerned community members around the Chestnut Avenue/Green Street Central Jamaica Plain neighborhood are urging the City of Boston to oppose the demolition of this historic home to make way for an undisclosed number of condominiums or townhouses on this lot.

The Home at 305 Chestnut dates back to approximately 1841 and is one of the oldest surviving homes in our neighborhood. The current owner, David Mittell, who has resided in the home for over four decades, is currently in a skilled nursing facility and may be unable to return to his home, as it has recently been condemned by the City of Boston.

The Boston Fire Department is in the process of making a motion to have the house put into receivership at the upcoming Housing Court hearing on April 21st at 9am (Docket #21H84DV000141). Unless the neighborhood can prevent the eventual disposal of the parcel by the city through an auction process to the highest bidder, regardless of their motivations, the most likely outcome is that we will see the house demolished and the density of the lot will be maximized with four or more new and unaffordable townhouses, lacking in the historical details and character of the Fowle House, and utilizing much of the existing open space to maximize their potential profits.

We urge the City and the Landmarks Commission (https://www.boston.gov/departments/landmarks-commission) to designate 305 Chestnut Avenue as an historic structure and that the eventual buyer be bound to restoring the characteristics of the site, restoring those elements that are salvageable, and not drastically alter the footprint of the existing building without a design review by the Neighborhood Council and the JP Historical Society.