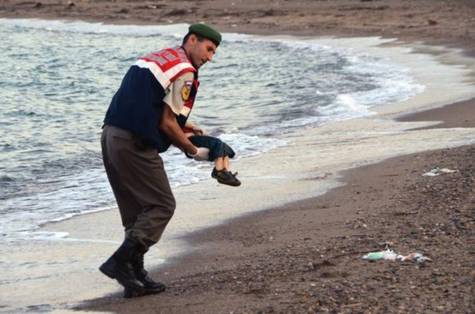 To His Majesty and Custodian of the Two Holy Mosques, King Salman bin Abd al-Aziz Al Saud of Saudi Arabia.

As Your Majesty may be aware, European countries are currently facing a huge influx of people from Muslim countries in the Middle East and North Africa. These principally come from Syria, Iraq and Afghanistan but also countries such as Eritrea and even countries as far west as Morocco.

Some are refugees fleeing war. Others are economic migrants. The question Europeans are asking is why so many are fleeing west to the distant and culturally different countries of Europe when they could be accommodated - even if only temporarily - by oil rich countries in the Middle East, of which, of course, Your kingdom is the largest and richest.

It makes no sense that small European countries such as Greece, Macedonia, Serbia and Hungary should be overrun by Muslim refugees and migrants while a country that sees itself as a leader in the Islamic world sits on its hands and does nothing.

What makes this most galling is that your country is the forefront of funding the psychopaths of Islamic State who rape, behead and burn alive their victims. Your country has also funded the Taleban from whom unfortunate Afghans are fleeing. So Saudi Arabia is at the forefront of wreaking horrors on its neighbours but then closes the door to its victims.

Your country has the wealth and space to accommodate so many people. How can you close your eyes while the victims of wars financed by your country drown by the hundred in the Mediterranean?

We, the undersigned, in the name of Humanity, implore you to start showing some charity and compassion to your neighbours and fellow Muslims. Don't stand idly by and expect Europeans to bear the brunt. Let them in!