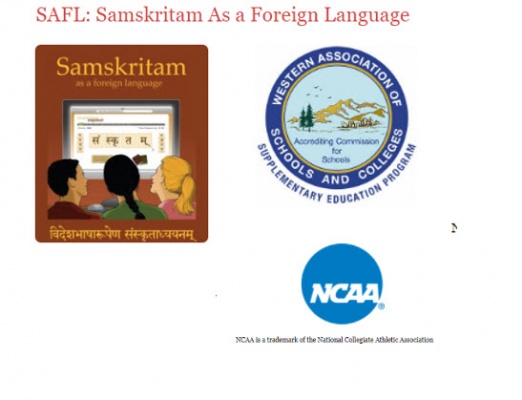 To whom it may concern:

Such languages are something for parents to rely on. They ensure that students become excited about learning about their own culture, and make sure that the Chinese, Korean, and many other communities assimilate while maintaining their own culture.

Unfortunately, the Indian community is excluded from this.

Indians have no Indian languages in school, and so face a danger of losing their mother tongue, and with that, their culture as well, hurting not only Indians, but depriving America of the diversity that makes this country so great.

The challenge with teaching Indian languages is obvious. There are too many! At least, that’s what the common belief is. However, this isn’t actually true. Sanskrit, also known as Samskritam, is a common language that unites all Indians as a liturgical language used in literature and prayer.

It’s very similar to Latin for the Western World, or Arabic for the Muslim World. By learning Sanskrit, it becomes extremely easy to understand most Indian languages, and makes it easier to learn languages such as Indonesian or Filipino due to Indian inﬂuence in that region. Sanskrit allows the Indian community to be united under one common language as people begin to understand each other, allowing the community to develop a strong cultural identity.

The rich literature of the language, which expands beyond only culture and philosophy literature to include books on science and politics, is complimented by the fact that there is a revival movement going on for the language. In an attempt to unify the continent under a native language, many have now begun to push for Sanskrit to become the national language of India, and have made it mandatory to learn in all Indian schools. Given India’s rising power in the world, it’s evident learning Sanskrit will be beneficial to any global citizen.

Fortunately, there is an organization teaching Sanskrit to high schoolers in the United States. This non-proﬁt Organization is Samskrita Bharati and the high school program is “Samskritam as a Foreign Language” or SAFL. The program has been designed to teach Sanskrit within three years.

The program has been designed in a rigorous manner to teach students about how to speak, read, and write from the very beginning, while also supplementing the curriculum with Indian culture, just as any language course does.

SAFL is a three-year online distance education program for 8 - 12 grade students who wish to learn Samskritam. As of July 2016, the SAFL program has been accredited as a supplementary education program by the Accrediting Commission for Schools, Western Association of Schools and Colleges (ACS WASC - http://www.acswasc.org), one of the accrediting agencies in the United States. SAFL courses have also been approved and listed in the NCAA high school course catalog (enter Samskrita Bharati in the High School Name box and click Search button) since November 2018. Our ask is that the first two years of this program may fulfill the foreign language credits requirement.

If you have any questions, feel free to contact irvine@sbusa.org or rutvij.holay@gmail.com, so that we may answer them.