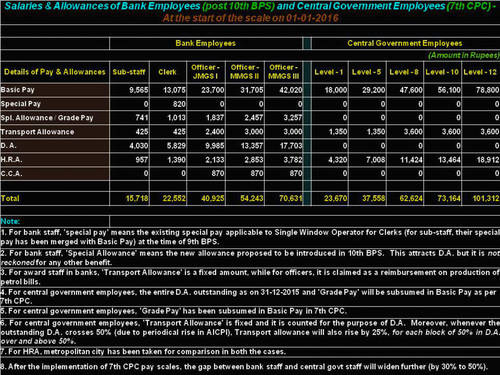 388 people have signed this petition. Add your name now!

As nowadays banking services are one of the most basic right as well as facility for all, bankers are getting burdened more and more. After 6th pay and 7th pay commission the gap between salaries of bankers and central government employees has widen to an extent that it has lost all reasonability. We can't be mummed everytime in the name of increasing NPA and loss. Its not the fault of common banker but some politically motivated big corporate loans got unpaid. Why are we suffering the loss when we have no say in it. Government want to use banks as their tool to facilitate its dream of financial inclusion so why should it focus on profit? Is it not a basic requirement like railways, hospitals, roadways and transportation system, etc? Bankers work with three sided pressure with maximum financial risks and accountability. Why we should not be treated as government own child rather than an adopted one who if left to its fate? We demand banks to be linked to central pay commission so that we could have a respectable living as well.