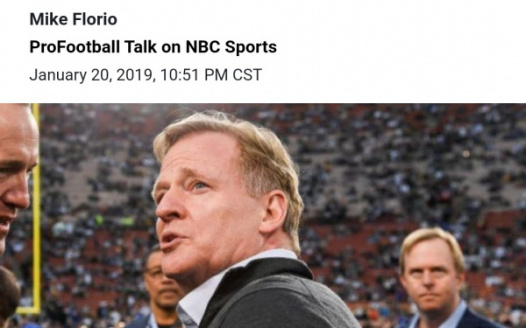 Will Bias 0 Comments
17 people have signed. Add your voice!
2%

As we all witnessed, the Saints were robbed of a chance to play for a Superbowl due to a missed pass interference call with 1:45 left on the game clock in the 4th quarter of the NFC Championship game on January 20th of 2019. It has been made public knowledge that the league admitted to blowing the call and we the Who Dat Nation refuse to sit idly by when armed with the knowledge that there is something the NFL Commissioner can do to correct this mistake. Rule 17, Section 2, Article 3: “The Commissioner’s powers under this Section 2 include . . . the reversal of a game’s result or the rescheduling of a game, either from the beginning or from the point at which the extraordinary act occurred.” (ProFootball Talk on NBC Sports, Mike Florio) We believe it to be in the best interest of all parties involved to replay the remainder of the game from the penalty that was missed at the above stated time in the game to determine the rightful outcome of the NFC Championship game.

For all who represent the Who Dat Nation, William T. Bias Jr.