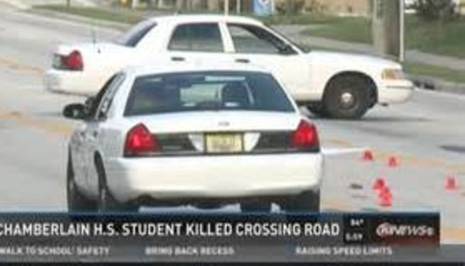 ARE OUR KIDS SAFE? Does having a right to choose a bad school site matter more than a student or citizens life, YES or NO?

We, the undersigned residents of the City of Scottsdale, OPPOSE the proposed BASIS Scottsdale campus at the southwest corner of N 128th Street and Shea Boulevard. This proposed site will pose dangerous and unnecessary safety risks to the existing neighborhood area constituents for the following reasons:

1. Its problematic and high risk location along the Shea Corridor means it is a prime location for potentially deadly accidents for the 1,200+ students of BASIS Scottsdale and the existing community. There has been 3 fatalities near the N 128th Street site. This is not a safe site selection for any public school.

2. The Proposed Site has limited access. The site at N 128th St. is one way in and one way out.

3, BASIS two traffic engineers, including the city engineer, believe the site will function safely. However, in all probability cars will stack onto 128th St. and east and westbound on Shea Boulevard. The high influx of increased traffic to the intersection of 128th and Shea will not significantly increase the level of service to the degree claimed by BASIS for the existing community.

5. The negative effect on the flow of Shea Boulevard traffic has not been addressed. East and Westbound Shea traffic will become increasingly congested with the addition of a third traffic signal within 3/4 of mile of each other. Installation of a traffic signal according to the Shea Boulevard Policy is not an approved location for a signal and would require modification of the 1995 Shea Boulevard Policy per BASIS' engineering study. 42,000 cars travel Shea Corridor each day. A traffic signal allowing 1,000 cars or even with BASIS' modest calculations of approximately 600 cars to enter that flow will cause traffic backups during rush hour traffic.

6. The BASIS proposed site is 9 acres, some of which is restricted by NAOS land, making the proposed location not large enough for the school size without violating NAOS rules and guidelines. BASIS has not clearly defined how it can ensure full compliance with these restrictions without disregard to the city's NAOS rules.

7. The vacant site selected afforded the opportunity for ground-up construction, the ability to design a safe and efficient traffic plan with functionality and ample queueing and parking from day one. This Site does not. This plan allows for similar problems that currently exist at BASIS Scottsdale 136th location, but on a much larger scale. There will be inadequate parking, inadequate queueing, pedestrian crossing outside of crosswalks, pick up and drops off school grounds, and an inadequate site not designed to accomodate a school its size. This location would force school and residential traffic to use alternative routes through a landlocked neighborhood with unimproved roads and no sidewalks.

8, The traffic engineer hired by a group of neighbors to review the project suggested that a queue of 2,300 linear feet would work better than BASIS' initital proposal. The latest site plan provides 2,800 linear feet of queuing with a possibility for additional queueing per BASIS. The ability to stack cars in a queue while cars sit idle and are not able to quickly move out of the queue will in turn cause stacking on 128th and eventually onto Shea Boulevard.

10, The proposed site is located directly off of Shea and is accessible from the residential neighborhood to the east and the west. Traffic will divert through existing neighborhood at N 124th and N 130th St. creating an increased safety risk to neighborhood children and residents.

11. Due dilligence in researching this site selection was less than adequate. This site poses several public safety risks and hazards. A City of Scottsdale Public School would be held to stricter safety rules, guidelines, and standards. BASIS had the responsibility to thoroughly research, investigate, inquire, give notice to the community, and conduct studies pertaining to the suitablity and safety of this Site. This study should include any negative impact to the existing community and should be done prior to decisions to enter into any purchase agrangements, not afterwards.

12. A School Walking Plan to provide a safe route to children walking to school has not been addressed as stated by Arizona Department of Transportation's guidelines. The existing neighborhood has narrow streets and no sidewalks. The recent new home construction and immediate future addition of a subdivision directly across the street and adjacent to the proposed new BASIS Site will pose extremely dangerous street crossings on Shea Blvd and 128th St. The increased traffic in the neighborhood creates additional safety risks. The safety of existing neighbhorhood children has not been addressed. An enormous increase in traffic on side streets put their safety in jeopardy.

13. The existing neighborhood's safety concerns have not been honestly addressed in good faith or transparency.

14. A Yes vote would put the special interests of one Group above the safety, health, and welfare of an entire existing community. Several different community groups have bore significant expenses to ensure the existing neighborhoods remains as safe possible for everyone. Residents near and around the proposed site remain committed to opposing any project, plan, or development that attempts to circumvent safety standards and best practices others would be required to abide by.

15. The City of Scottsdale's Development Review Board had several serious concerns with the safety of the selected site on N 128th and Shea Boulevard. The Board, on February 4, 2016, voted 2 in favor and 4 opposed BASIS' plan. The neighbors and surrounding community has loss confidence that any Development Agreement will be enforceable or enforced to ensure BASIS' accountability. The lack of transparency and putting ones own interests above the safety, health, and welfare of the community as a whole is sufficient concern for great pause.

The Scottsdale Corridor Community thanks each of you for all of your time invested thus far to explore the issues of Safety, Heath, and Welfare. Safety for everyone is the primary importance of thousands of Scottsdale constituents who will reside in the Shea Corridor for years to come.