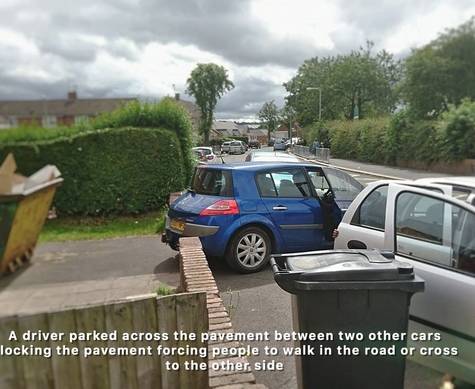 Twice a day, five days a week, Wolseley Road gets so congested with cars that it becomes dangerous for kids and parents alike.

Vehicles pull out without warning, visibility is reduced (even worse when the weather is bad and for those not tall enough to see over the cars), frustrated drivers try to force through the tiniest of gaps and force the one-way traffic in their favor. It's only a matter of time until someone gets injured.

While we are grateful to Sandwell Council for making alterations to the area around the new school entrance (lowered gutters for wheelchair/ pushchair access, zigzag lines on the road and railings to stop people parking on the pavement) more is needed.

Just some of the suggestions I've heard are;

Be it all/ some of the above or another suggestion, something needs to be done to improve the traffic problems before the unthinkable happens.