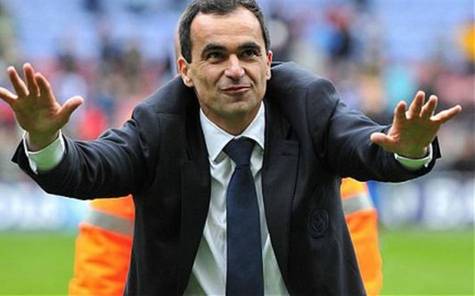 However, it pains me to see Mr Martinez tactics proven wrong and wrong again, at the expense of our young players. Well, yesterday was the last straw, we fielded a team that we knew needed for the Semi-Finals against Man Utd but Mr Martinez decided to field this team to allow Liverpool to expose our weakness and now both of our Central Backs are out of action. We have also shown the entire world our weaknesses and i have no doubt the Man Utd will make full use of our weakness to get pass us.

Dont get me wrong, i was in support of Mr Martinez since his appointment to a few month ago. I love the caring and outgoing pesonality and was very excited and blessed to have such a manager that takes time to train young players. I was also elated that he took the liberty to allow the yound players to roam and to learn from their mistakes. However, i cannot stand him expossing us to better teams with wrong tactics. Baines was right, our beloved team has no chemistry and is a joke to the quality of the players we have

Martinez is destroying us as a club and i think it is high time he should go for us to move forward . Enough is enough , he should go ASAP

Thanks to The telegraph for the picture used