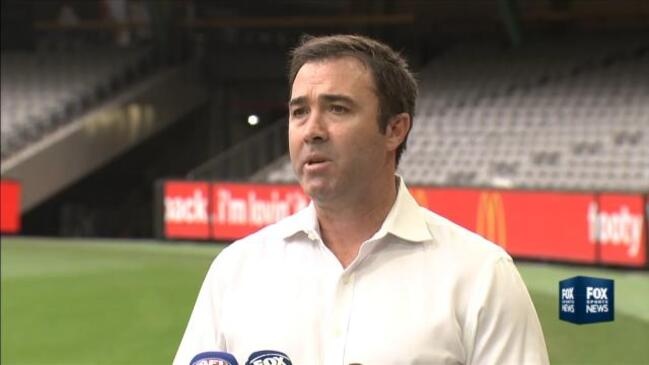 Never in my life of being an AFL supporter have I seen such a ridiculous interpretation of the rules, the AFL dissent rule. Brad Scott as general football manager oversees umpiring. Brad Scott now wants to make players robots, no longer being able to instinctively react to an umpiring decision or non-decision.

What constitutes dissent is something that Brad Scott cannot grasp. Sure, pay obvious and overt displays of umpire dissent but everything else let it go and focus on improving the level of umpiring across the board which we all agree is at an all time low.

Brad Scott had the audacity to say that during round 5, the umpires got 6 correct, and 6 incorrect. I'm sorry Bradley, but using your flawed definition of dissent, you got 6 correct and about 573 incorrect. The inconsistency of this rule is going to create a circus that will never be correctable. If you want to be consistent you will have to pay every act of 'dissent'. Every facial twitch of contempt, every hands on the head, every arms out and everything that represents your new definition of 'dissent'. I look forward to Brad and the umpires all gaining qualifications after getting training in body language. Also what constitutes arms out? 20 degrees, 30 degrees, 47 degrees or 83 degrees from the body? Please let us know Brad.

He then further lies to the AFL public by saying that he has the backing of club officials etc. I can assure you that this is not correct. He also doesn't have the backing of the players, media personalities or the fans.

His desire to clean up grass roots football is admirable but not at the expense of hurting this great game that is already over governed.