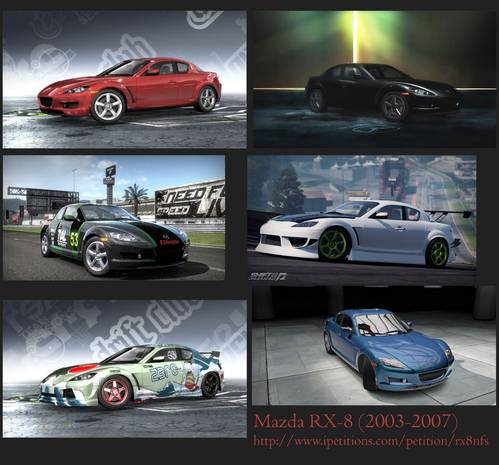 Petition requesting Mazda RX-8 in Need for Speed (2015) in one of the subsequent updates.

Rx-8 is one of the most iconic car in the world - without a doubt. It is proven by the fact that it was first shown in 2001, and it was manufactured for over 10 years, when in 2011 Mazda finished the last line of the production.

Developers of different Need for Speeds knew its huge success, and that's why it was included in so many of their games. Namely these ones:

With this petition, we are asking the current developer team of Need for Speed (2015) to add the Mazda RX-8 (2003-2007) model to the game as a playable and modifiable vehicle in one of the subsequent updates.