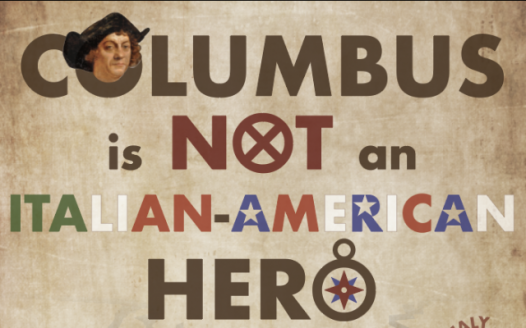 The signers of this petition are Italian-American students who believe that Roger Williams University should officially change the second Monday in October to Indigenous Peoples’ Day.

Historians are currently debating whether or not Columbus was even born in Italy, based on the dialect he wrote his journals and letters in. Regardless of his birthplace, it is undeniable that Columbus was not a servant of Italy, he was a servant of Spain. He embarked on his voyages to benefit the Spanish monarchs. If he was not loyal to Italy, what right do we have to say he was Italian, especially when we don’t truly know where he was born?

Additionally, Columbus never set foot in North America. He landed in Central America, South America, and the Caribbean. The idea that Columbus landed in Florida is a complete myth; it never happened. Therefore, why should we, in the United States of America, celebrate Columbus as if he represents all Italian-Americans when he never set foot on the land we call the USA?

Christopher Columbus is not a good representative for Italian-Americans. He is known as the “Father of Slave Trade,” and is heavily associated with rape and genocide of Indigenous peoples. The signers of this petition recognize that there are Italian-American people in history who deserve our celebration, such as Angela Bambrace, RoseAnn DeMoro, Ralph Fasanella, Arturo Giovannitti, James Groppi, Viola Liuzzo, Vito Marcantonio, Vito Russo, Nicola Sacco, Mario Savio, Eleanor Smeal, Bruce Springsteen, Carlo Trasca, Steven Van Zant, and Bartolomeo Vanzetti.

The signers of this petition are Italian-American Roger Williams University students who believe that Columbus does not represent us. We are completely in favour of changing the name of the holiday on the official RWU calendar to Indigenous Peoples’ Day, to honor and reflect on the resistance and resilience of Indigenous people.