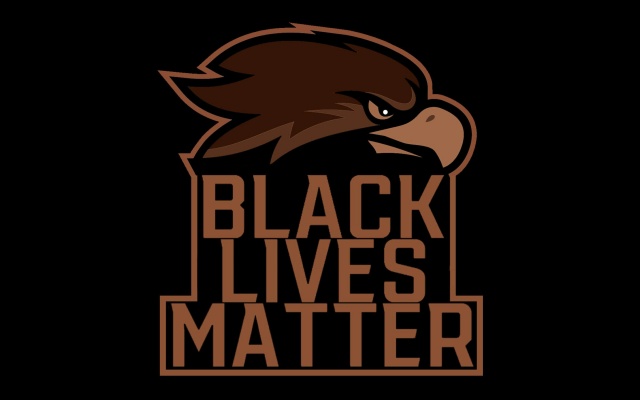 To Roger Williams University Administration, SPLO, and Board of Trustees,

We, the undersigned Students and Alumni of RWU stand in solidarity with the Black Lives Matter movement, and refuse to tolerate the racism and anti-blackness that has plagued Roger Williams University through white privilege, ignorance, and hate.

We are the same students who have been called upon to have these discussions with our peers as a replacement for formal education. We are the students behind MSU, SAGA, the Intercultural Center, all the celebrated diversity intersections that RWU markets egregiously to prospective students and families.

As we came to these solutions we did not only look through the lens of race. We have been taught to look through more than one lens a time, an idea rooted in Trickle Up Social Justice.

Trickle Up Social Justice is the idea that serving justice to the most minoritized groups will benefit everyone. It starts with focusing on the experiences of the most vulnerable first. For example, if we start with the problems that the “One Percent” have, there is no reason to think that is going to address the issues of the poor.

RWU commonly takes their stance on any given problem with one specific identity in mind, without considering how someone with multiple identities may experience something entirely different altogether.

We want our social justice to be intersectional, meaning that it works through multiple identities facing injustice.

As Undergraduate Students and Alumni, we are demanding the following changes be made immediately:

Until these requests are met with full agreement, we hold our power as students on campus who define what life looks like at Roger Williams University.

We encourage all non-paid students to refuse to plan campus events through Student Programming, Orientation, and Leadership until these needs are met.

We are calling on Carol Sacchetti, Adrianne Harris, Jerrel A. Burgo, Gordon Wood, Colin Clephane, and Krystal Sweet of Student Programs, Leadership and Orientation to stand by the students they represent.

We are calling on President Ioannis Miaoulis to be better. Do better.