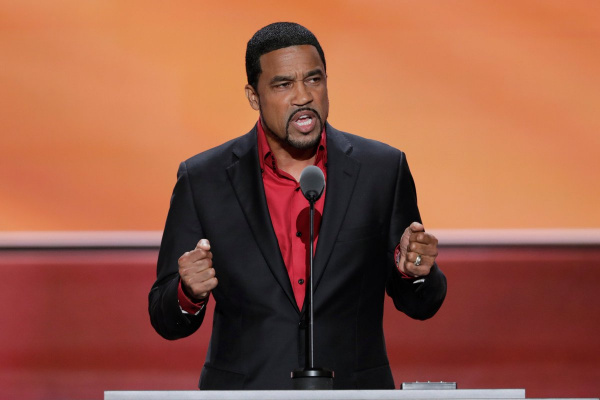 Pastor Darrell Scott who is the CEO of President Trump’s National Diversity Coalition. Pastor Scott is thinking about running for congress in Ohio's 14th District and we want to show Pastor that we are not just asking him to run but we are also praying for him! Please sign our petition that we will send to Pastor Scott showing him that you and others want him to run!

It doesnt matter where you live in America it only takes one congressman to ruin it for all! WE NEED SOMEONE IN CONGRESS WITH THE VISION OF OUR PRESIDENT!

In a most forgotten part of the state of Ohio, Big League news surfaced at the Ashtabula County Republican Party Octoberfest. Keynote speaker and CEO of President Trump’s National Diversity Coalition Pastor Darrell Scott delivered not just a speech to rousing applause but also a preview of a coming announcement.

“I was flirting with the idea of running for Congress. Now I’m dating the idea.”

In his speech he said that the Fourteenth Congressional district needed someone who stands with the president.

Charlie Frye, Chairman of the Ashtabula Republican Party said of the incumbent Republican Congressman, Dave Joyce. “I’m tired of the flip flopping. Stand for something. I do not hate Dave Joyce, I just don’t like the way he votes. That’s all.”