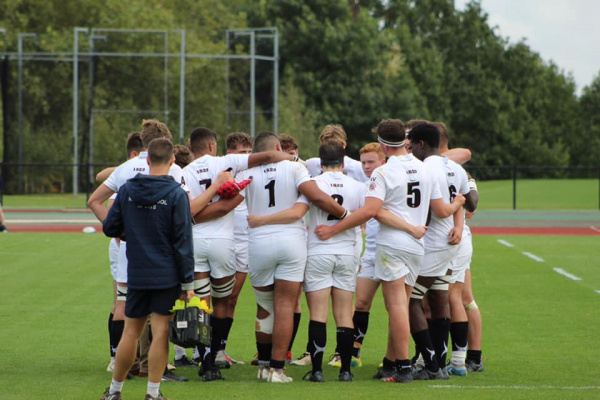 In just over a week, the Rugby School XV face one of the best rugby teams in the country: Wellington College. Thus far, the XV have been lucky enough to face their opposition on home turf, playing incredibly close games, such as Hampton and Oakham. It has been made clear that the support of the school, across all years, has significantly aided the XV in their victories, with the presence of supporters becoming crucial aids to help the lads carry on: especially in times of difficulty on the pitch.

Over many years at Rugby School, a special culture surrounding Rugby football has gradually been established, with emphasis on the concept of a united, supportive school, backing a great team, being strongly prevalent. Pupils reveal their inner passion and drive to see the pride of their school enhanced on the Rugby pitch, where one’s ability or passion for the game, has little bearing on the matter of turnout. Whilst the school’s aims (through Wednesday activities) to create a more holistic pupil are important, the joys and passions of pupils should by no means be overshadowed. The rare, once in a lifetime opportunity that the Champions Cup represents, should not be an experience limited to the players, or select pupils who will not be committed to prior engagements.

Our wish is simple- we would like as many pupils within the school to attend the final at Allianz Park, to support the XV. Whilst the opportunity of supporting the XV ultimately requires pupils to forego a days learning, it would be a shame to deprive the team of such valuable support, that would (as previous games suggest) invariably lead to a better outcome: in score and experience for all involved. With the school already advancing to the final stages of the Champions Cup, there would be an undeniably large impact on the future of sport at Rugby School. The pride, as well as reputation attached of entering the Cup final, has profound potential to inspire younger years at the school to aim and work, for such an achievement.

Logistically, such an arrangement would require financial commitment from pupils, or the school, in order to transport pupils to Allianz; thus, we believe that students would be willing to be charged a small payment, covering such costs to the end of term bill-if the cost is considered a hindering factor.

It means a lot for the whole school for the XV to get this far, and would mean even more for everyone if we could be there supporting the team. We hope you will seriously consider our request, although, we understand as a school that your conclusion is final: we will respect your decision.