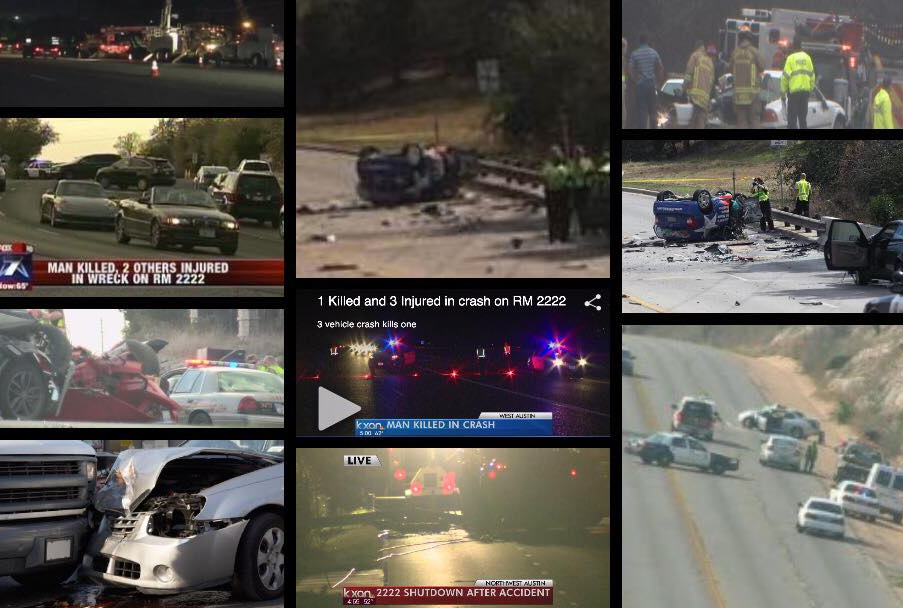 This letter is in behalf of Jessica Nicole Getz-Brooks who was fatally injured in a motorcycle collision on Monday, March 30, 2015, by a car attempting to make a left turn on RR 2222 in Austin, TX, near Vaught Ranch Road.

The tragedy of her death is beyond description. There are not enough words to express our loss of such a wonderful, loving, giving, talented young woman. Twenty-four (24) years old. Her 25th birthday would have been coming up on May 29th. Jessica was a jewel, a treasure to everyone that knew her.

Jessica and her husband Bart had only been married for two (2) weeks.

The family suffers from her loss more than can be expressed in words. Her Mother, her husband, her sister and many other family members and friends are in disbelief that such a catastrophic incident would even enter their lives.

My plea is to get some legislation going that will bring some control to this very, very dangerous highway RR 2222. I spoke a few days ago with a woman who was born and raised in Austin. She said, 'Highway 2222 is the most dangerous road in all of Austin.'

Just a few days later after Jessica died another twenty year old man died on that same highway – a car attempting to make a left-hand turn.

If the road is that dangerous why in the world wouldn't there be GREEN LEFT-TURN SIGNALS in various places where cars need / want to make left-hand turns. Mr. Watson, right now there is no control on that road. What is needed are: