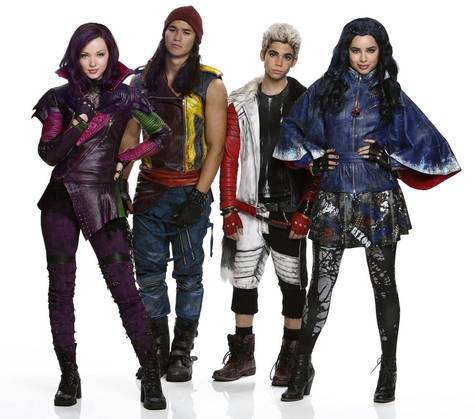 1850 people have signed this petition. Add your name now!

Remember when Disney Channel witnessed big success from putting together tours with hit movies like High School Musical, Cheetah Girls and even shows like Hannah Montana? You probably do or you probably don't but these tours were selling out like crazy and I have an amazing idea for another Disney Channel tour and hope you guys agree. Disney's new hit musical Disney's Descendants is by far their biggest project since Camp Rock, HSM etc. It's not only gotten good views, a number one soundtrack, a sequel and a Vevo Certified music video but the movie has legit fans worldwide that are dedicated to the movie months later. 5 months later and the movie soundtrack is still charting on the iTunes soundtrack chart and on the Billboard 200 chart. The DVD has sold over $500k worth DVD's. The book has been on the NY Times charts for 29 weeks straight. The cartoon has gotten millions of views and the Halloween costumes were #2 & #3 best sellers this year. The movie has reached so much success and I think that a tour would be a smart move for 2016. Give us fans something to look forward to while we wait for the sequel. I also feel that this would be a good money idea for Disney. There's so many kids in love with this movie and adults. In places like Latin America there's a group of friends going around dressed as Mal, Evie, Carlos and Jay booking kids birthday parties and performing for them. That right there should show you guys how awesome a tour would be for Descendants. The cast loves to perform. I'm sure all of them would enjoy it as well as the crew. Us fans would enjoy it as well. Our online support is beyond awesome. I'll promote the whole tour by myself if I have to. If you're a Descender reading this please tweet @DisneyChannel and @DisneyChannelPR on Twitter telling them that you would like a Descendants Tour with the hashtag #RottenToTheTour2016! Also comment #RottenToTheTour2016 on their Instagram accounts. Please sign this petition. We have a voice and maybe our voice will be heard. - @Descendants2015