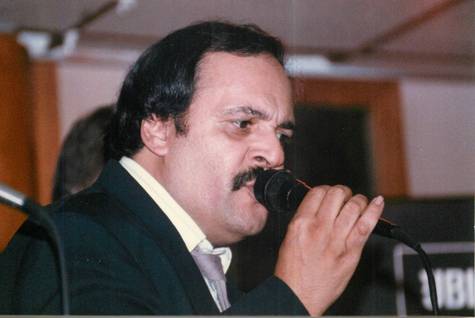 Ron Lewis belongs in the RI Music Hall of Fame

379 people have signed this petition. Add your name now!

I would like the Rhode Island Music Hall of Fame to consider Ron Lewis (founder and former lead singer of Reminisce) for induction. Ron has been performing in RI since the early sixties with such acts as The Desirers and the High Tones.

There is no question he hit his stride with Reminisce. Many of their performances were charity dinner dances and all were sellouts. Several five hundred seat shows at The Venus D Milo as well as West Valley Inn, 1025 Club, UTC Ballroom every year.

Twice Ron and Reminisce opened the big DooWop show at Radio City Music Hall in New York City. They opened shows for other big names such as Sha Na Na at the Warwick Musical Theater, The Four Seasons in Boston as well as Jay Black at Lincoln Greyhound Park. I cannot list all of the big name artist Ron and this band opened for over the years.

I doubt very much that you are not familiar with Ron Lewis or his work. If you need a refresher a simple YouTube search is all you need do.