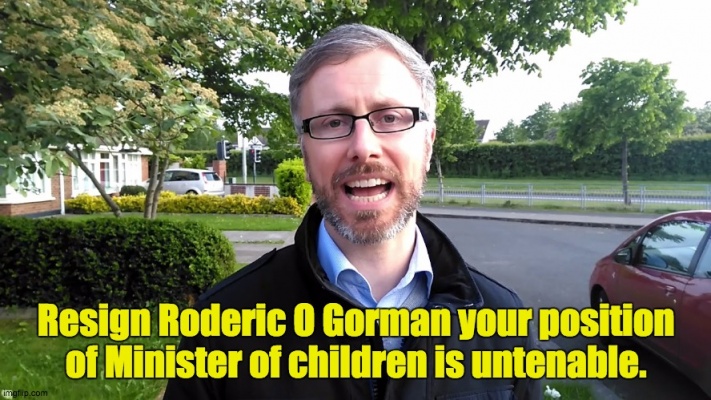 Roderic o Gorman has been photographed with Peter Tatchell describing him as legendary and fellow green on June 30th 2018 on his Twitter. No Minister of children should have such associations with Peter Tatchell who wrote a full chapter called 'Questioning ages of majority and ages of consent' in the 1986 book Betrayal of Youth who's then editor was Warren Middleton a vocal activist for the Paedophile information Exchange. He also wrote a letter to the British Guardian in 1997 stating 'It is time society acknowledged the truth that not all sex involving children is unwanted abusive and harmful' He also wrote an article in the British Guardian 24/9/2009 titled 'Don't criminalise young sex' A minister of children should have no such associations and should do the honourable thing and resign. We also are alarmed at the response of Dublin Lord Mayor Hazel Chu tweeting on 3/6/2020 'Well our new minister is doing something right if these idiots are after him'. All should be calling for him to resign and a total and full investigation into the matter and not the cover up Hazel and the media wants. His position is untenable and we ask he do the honourable and right thing and resign from his Ministerial duties.